Conservative Book Club » History » Don’t Tread on Me: A 400-Year History of America at War, from Indian Fighting to Terrorist Hunting

Don’t Tread on Me: A 400-Year History of America at War, from Indian Fighting to Terrorist Hunting 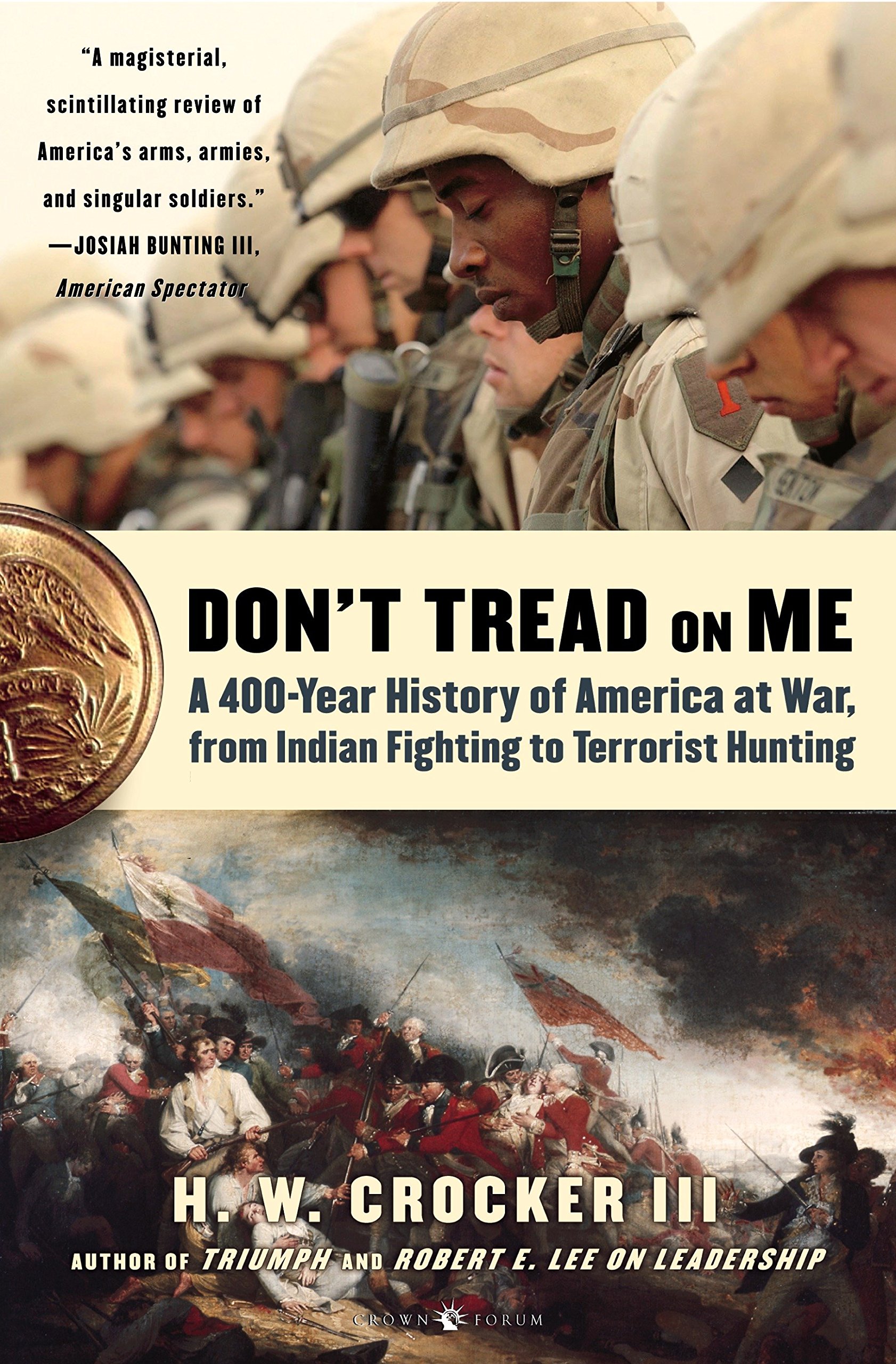 Neil Sheehan began his Pulitzer-Prize winning book “A Bright Shining Lie” by pronouncing the Vietnam War “a war without heroes.” In the rest of the book, the Americans in Vietnam largely came across as fools, liars, criminals, or a combination thereof, with the exception of Mr. Sheehan and his fellow journalists, who were depicted as brave unmaskers of ineptitude and absurdity. Sheehan ignored the real heroism of many brave Americans — such as Marvin Shields, Carlos McAfee, Antonio Smaldone, and Steven L. Bennett, to name but a few — and many military victories, for American triumphs did not square with his claims about the war. He badly distorted press involvement in the war so that he and his colleagues, particularly David Halberstam and Stanley Karnow, could dodge the blame they deserved for promoting the disastrous coup against the South Vietnamese government in November 1963.

The Vietnam-era journalists began a tradition that today’s press consistently upholds. We hear very little from most large press outlets about American heroes in Iraq and Afghanistan, men like James Coffman Jr., Danny Dietz, and Christopher Adlesperger, or about our military successes there. Instead of associating such names with these wars, Americans associate the words they hear most often from the press, like Abu Ghraib and Haditha. As in Vietnam, too, the shunning of heroes does not extend to the press’s coverage of itself. Awards to journalists, both those who have spent time in Iraq and Afghanistan and those who have not, are considered worthy of lengthy news stories.

Publicizing American heroism and success is essential today for two reasons. First, it permits a nuanced view of Iraq and Afghanistan, one which cannot be discerned from the daily stories of sectarian murders and the photos of American troops who have just been killed. Second, American troops and the American people become more courageous and resolute when they hear of their countrymen’s military heroism and success, past and present. In earlier times, Americans ingrained their traditions of heroism and victory into the country’s youth through historical instruction. Today’s history textbooks largely ignore America’s military past, a reflection of the anti-military prejudices, lack of military experience, and cosmopolitanism that pervade the intelligentsia.

Most Americans outside of academia and the mainstream press, on the other hand, still understand the importance of military tradition, and they crave stories about valorous Americans at war. We are fortunate, therefore, to have “Don’t Tread on Me: A 400-Year History of America at War, From Indian Fighting to Terrorist Hunting” (Crown, 464 pages, $27.50) to satisfy that yearning. In witty and irreverent prose, author H.W. Crocker III provides a broad survey of America’s martial history, starting at the arrival of the first English colonists and ending with the present wars in Iraq and Afghanistan. Among the great military men whom Mr. Crocker profiles are some who remain widely known because they later became president (Jackson, Taylor, Theodore Roosevelt), or because their renown is too enormous to hide (Douglas MacArthur, George Patton). But most are men whose fame has been dimmed by the neglect of the cultural elites.

We see, for instance, Daniel Morgan at Cowpens masterfully positioning his unreliable militiamen and then, after fierce British attacks, reorganizing the retreating militiamen to envelop the enemy. We watch Stephen Decatur sneaking into Tripoli harbor by rowboat and burning the captured USS Philadelphia to deprive the Tripolitan Bashaw of its use. At Manassas, as General Thomas Jackson leads his Virginian infantry in shoring up the battered Confederate lines, we hear General Bernard Bee shout, “There is Jackson standing like a stone wall! Let us determine to die here, and we will conquer!”

Mr. Crocker also lauds American units and American services. Among those whom he most admires are the Rangers in French and Indian War, the motley crew that fought the Battle of New Orleans, the Army of Northern Virginia, and the US Marines and US Navy in World War II. Mr. Crocker credits the American people with providing the raw material that makes for good soldiers. The virtues originally developed in frontier warfare — pragmatism, independence, ambition, courage, forcefulness, and discipline — were critical to American excellence in building armies and fighting battles.

Mr. Crocker also applauds Presidents like Theodore Roosevelt and Reagan who favored expanding the military and employing it vigorously. For those who deprived the military of funding and shied away from applying military force — such as Thomas Jefferson, Carter, and Clinton — he has only contempt. Without robust assertions of force, Mr. Crocker argues persuasively, America could not maintain its interests or preserve world order.

“Don’t Tread on Me” is not, however, an uninterrupted chorus of praise for America’s military. Mr. Crocker aptly describes the incompetence of certain American ventures, such as the invasion of Canada in 1812 and the defense of South Korea at the outbreak of the Korean War. Displaying a conservative’s pessimism about human nature, Mr. Crocker notes that American troops sometimes behaved as abominably as any others. He takes a particularly dim view of American treatment of the American Indians, though he also suggests that much of it was justified by the Indians’ own cruelty and duplicity. Mr. Crocker harshly criticizes the chicanery and brutality visited by American forces upon American civilians of different political persuasions, first those who supported the British during the War for Independence, and then those who supported the Confederacy during the Civil War.

“Don’t Tread on Me” deftly illuminates the full spectrum of America’s rich military traditions. Its tales of great warriors and great battles, entertainingly told, should inspire us in time of war. National greatness demands illustrious history — and vigilant determination to live by that history.

Book Review from The New York Sun, by Mark Moyar

Tags: Don't Tread on Me: A 400-Year History of America at War from Indian Fighting to Terrorist Hunting, H.W. Crocker