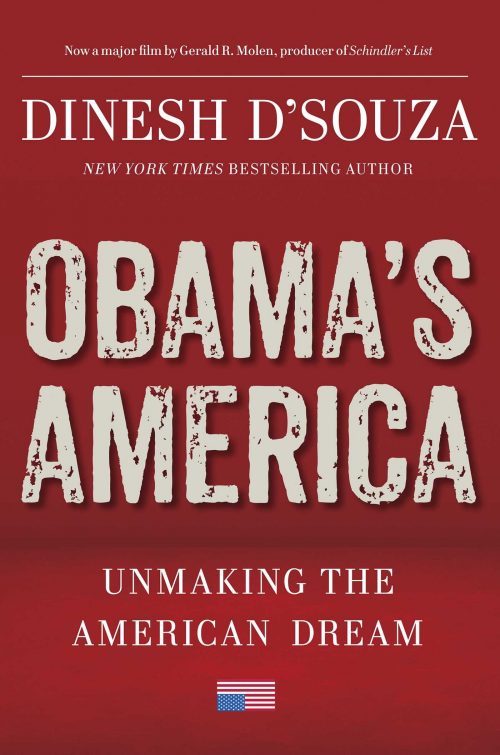 Give President Obama four more years in the White House, Dinesh D’Souza seems to be saying, and down could fall the curtain upon America as the land of freedom and opportunity. Which, by the way, wouldn’t perplex the president, as Mr. D’Souza understands him: This self-fancying “overlord of America,” “the Indispensable One,” whose subordinates we are, our “Big Daddy,” operating by his own ordinances, and, accordingly, “the most dangerous man” in the country.

There is time, possibly, before we go on, for a hand-steadying gulp or two of decent bourbon. Maybe the whole bottle ‘ere we finish. This is rough and serious stuff.

The conversation in which Mr. D’Souza would engage us is no ordinary political piece of chitchat. The respected author of “Illiberal Education” and “The End of Racism” views Mr. Obama as launched on an anti-colonial campaign to render America neither more notable nor more prosperous than the general run of second- and third-rate countries. Mr. Obama, Mr. D’Souza asserts, “draws his identity and his values from a Third World, anti-American ideology that goes by the name of anti-colonialism.

If you’re alert, and who isn’t these days, to the problem of Mr. Obama’s origins, you sense where this is going. Barack Obama Sr., absentee Kenyan father of Barack Jr., plus the weird woman who married the former and birthed the younger, are the keys to the double lock that conceals the president’s goals — though not from Mr. D’Souza’s gaze. The search for his bizarre parents, outlined in the two books Mr. Obama wrote about it, has, by Mr. D’Souza’s reckoning, imparted to young Barack the determination to turn the tables on the colonialists. “[H]e adopted his father’s brand of anti-colonialism, which can be described as socialist in economics and anti-American in foreign policy.” Accordingly, “He wants to shrink America, to diminish America, to downsize America.” He would “use his own power to make the world safe from America.”

How come? No “birther” he, Mr. D’Souza believes all the same that Mr. Obama injects distinctly non- if not anti-American ideas into our national bloodstream. He dismisses the idea of energy independence. He would put the screws to “the rich and the big bad corporations.” He would redistribute the wealth, domestically and internationally. Wonder no more, on such a showing, that the 2012 election is touted as a turning point for the nation — one way or another.

But — and the size of this particular “but” is considerable — how much has Mr. D’Souza got right, and how much has he, well, you might say, missed?

I want to be as kind as possible, inasmuch as I admire Mr. D’Souza and his reliably intelligent witness over the past two decades to harsh truths about the corruption of liberal thought and praxis. All the same, I see various bones in need of picking. “Obama’s America,” it seems to a pronounced non-fan of Mr. Obama — the non-fan writing these lines — is overequipped with extrapolation and inference, underprovisioned with restraint and delicate judgment. I know. Ours is not an age that relishes delicacy. I think the moment nonetheless requires as much precision of thought as can be brought to bear on the question of where the blankety-blank is this, our country, headed?

Mr. D’Souza’s heart is in the right place. He affirms the norms and the worth of the bustling, wide-open country he adopted as an opportunity-seeking refugee from Bombay, now called Mumbai. He delivers blow after blow to Mr. Obama’s glass jaw. Yet his overall argument comes across to me as strained and overwrought, the product of overthink.

You can say Mr. Obama acts a certain way because of motives that lurk below the surface of his too-much-praised rhetoric. You can’t prove it, though. He wants to lower the American standard of living (Page 201)? “Wants to” isn’t the same as “doesn’t get capitalism.” Far too often, Mr. D’Souza undertakes to tell us what goes on in Mr. Obama’s head instead of digging into the reasons a plurality of Americans, if polls are to be taken seriously, prefer him over Mitt Romney. Egad — how could they? But, yes, they do, and one shouldn’t be greatly surprised.

Going on a half-century ago, James Burnham, a distinguished conservative thinker, nailed it in a truly shivery book, “Suicide of the West: The Meaning and Destiny of Liberalism.” Burnham sought to show that liberalism (don’t forget, this was before Bill Ayers, Timothy Leary, the Chicago Seven and like encumbrances and afflictions) was “the ideology of Western suicide,” “the typical verbal systematization of the process of Western contraction and withdrawal.” Mr. Obama didn’t come to the party naked. His well-tailored suits are, in the metaphorical sense, tie-dyed and plastered with peace symbols. This anti-America stuff has a long if sordid pedigree.

And if he still wins, what then? Would we all sit pat, letting him reduce us to penury and irrelevance? If so, how? And why? Mr. D’Souza neglects to engage this vital point, apparently believing it suffices to blow the bugle. Well, blow it he has. Loudly, resoundingly, the notes hang in the air. Some of them sour and wobbly, a whole lot of them clear as crystal, pointing with real vibrance the way to the bourbon bottle.

Book Review from The Washington Times, by William Murchison