Conservative Book Club » National Security & Military » Suicide of the West: An Essay on the Meaning and Destiny of Liberalism

Suicide of the West: An Essay on the Meaning and Destiny of Liberalism

In light of the continuing riots in Baltimore, we are dedicating this week’s Throwback Thursday feature to James Burnham’s conservative classic, Suicide of the West: An Essay on the Meaning and Destiny of Liberalism. Baltimore is a visceral case study of what can happen after fifty years of the modern welfare state. Read the special 50th anniversary book review below.

There’s no way to sweeten the harsh, bitter analysis offered by James Burnham in this 1964 classic.  What we consider ‘the West’ has been contracting for a very long time.  Looking at a historical atlas, Burnham notes the slow emergence, gradual rise, and spread of that blend of cultures that eventually became ‘Western Civilization’—and then describes the rapid erosion of power and influence it has experienced in the past century. “It is like a film winding in reverse,” he says, “with the West thrust backward reel by reel toward the original base from which it started its world expansion.”

The purpose of his book, however, is more descriptive than diagnostic. He spends almost no time in 351 pages discussing the causes of the West’s contraction noting: “I do not know what the cause is of the West’s extraordinarily rapid decline.” He suggests that it may “have something to do…with the decay of religion and with an excess of material luxury,” but he is rather non-committal.  Instead, he delves right into an analysis of the ideology that has not only allowed for this contraction and decline to occur but which has facilitated and justified it: liberalism.

Burnham—the former Trotskyist turned cold war strategist—sees liberalism as a particular set of beliefs, ideas, and values that undermine and even weaken the ideals and principles of Western Civilization. 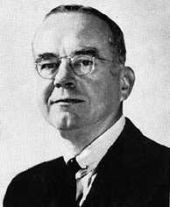 This book is divided into 16 tightly argued chapters. Burnham—who taught philosophy at New York University and led seminars at Princeton, before helping William F. Buckley, Jr. found National Review magazine—begins by trying to identify the typical liberal.  He offers a handy “diagnostic test” (on pp. 31-34) made up of 39 statements with which the reader is asked to agree or disagree. The test would be amusing if it weren’t so accurate.  Burnham then spends several chapters carefully unraveling the workings of the liberal mind.  He lists 19 key liberal beliefs—about man, society, and the state—in great detail.

But the core of the book isn’t this typology of liberal belief.  Burnham’s real purpose is to sound an alarm—to warn us—that this ideology is not only weakening the West but, in the long-run, endangering our very livelihood.  He posits it’s not liberalism that has caused the West’s decline; it is liberalism that has accompanied it.  “[T]he ideology of modern liberalism must be understood as itself one of the expressions of the Western contraction and decline,” Burnham writes.

Unfortunately, the liberal ideology also obscures the fact that the West is in trouble. Capitalizing on feelings of Western guilt, liberals change or distort reality to suit their own ends, Burnham says.

“[They] proceed … by constructing a new reality of their own.”

So when the wave of violent anti-colonialism, anti-Western movements swept the developing world, Burnham says liberalism—expressed as the struggle for “self-determination, freedom, liberty, the popular will, justice, equal rights, democracy”—adapted it to their new reality.  So that “soul-shattering losses, defeats, and withdrawals”  were justified, and “the abandonment of a million of one’s own countrymen and the capitulation to a band of ferocious terrorists become transformed into what is called ‘liberation’.” 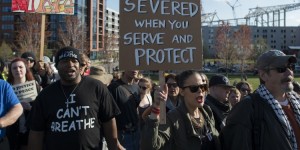 We can see the same happening today: Examples of liberal ideology transforming crude vandalism into acts of ‘free expression’ can be seen in the riots of Ferguson, Missouri, and Baltimore, Maryland; and examples of liberals portraying terrorists as merely people with ‘grievances’ can be seen in the Obama Administration’s approach to ISIS/ISIL. As Burnham says, “by a wondrous alchemy”, liberalism has turned the West’s retreats and defeats into victories: “Distilled in the liberal alembic, the geographic, political, demographic, and strategic losses emerge as triumphs of Freedom, Equality, Progress, and Virtue.”

So when Burnham says liberalism is nothing less than “the ideology of Western suicide”, he is speaking both of the inability of liberals to defend the patrimony of the West against threats, as well as the complicity of Western liberals in allowing and excusing such threats when they strike.

Burnham was a profoundly analytical thinker. And his talent is eloquently on display in this book as he carefully advances his argument, like a prosecutor making the case for a conviction.  In the face of the Soviet Communism of his day, his warning was quite important; but in the context of today’s world of Islamic terrorism, this becomes a real call to arms—for “modern liberalism does not offer ordinary men compelling motives for personal suffering, sacrifice, and death.”

After fifty years, it remains a highly important work that sounded the alarm over the growing stranglehold of liberal ideology—warning us that unless the trend of contraction and dissolution was reversed, the West would be unable to ever recover. His warning seems to have been unheeded.  Perhaps through this re-issue, Encounter Books may embolden some of us to action.

Original CBC book review written by Alvino-Mario Fantini, who is editor of The European Conservative. He was a Novak Fellow in 2003 and serves on the boards of The Dartmouth Review, Center for European Renewal, and European Dignity Watch.

Tags: James Burnham, Suicide of the West: An Essay on the Meaning and Destiny of Liberalism