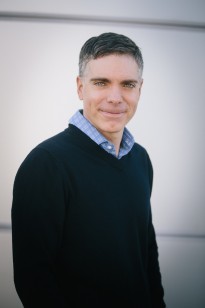 An essayist, columnist, and author, Matt Lewis lives at the intersection of politics and culture. He is the author of “Too Dumb to Fail: How the GOP Betrayed the Reagan Revolution to Win Elections (And How It Can Reclaim Its Conservative Roots)” (now available for pre-order), and also serves as a senior contributor for The Daily Caller, a contributing editor for The Week, and a regular columnist for The Daily Beast and The Telegraph. His writing combines political analysis, cultural commentary, and original reporting.

Previously, Matt served as a columnist for Politics Daily, and before that as a blogger for Townhall.com.

As a commentator, Matt is a frequent guest on MSNBC’s “Morning Joe“ and Fox News’ “Media Buzz,” and has appeared on CNN, C-SPAN, ABC’s “Nightline,” and HBO’s “Real Time with Bill Maher.”

He has also appeared on numerous radio outlets like NPR and the BBC, and on various programs such as “The Hugh Hewitt Show” and “Left, Right & Center. (And who could forget his mention on ESPN’s “The Tony Kornheiser Show”?)

Matt currently hosts his own podcast, “Matt Lewis & The News” (subscribe on iTunes), and is co-host of The DMZ show on Bloggingheads.TV.

He is also the editor of the book, “The Quotable Rogue: The Ideals of Sarah Palin In Her Own Words.”

Also in 2011, the Young Conservatives Coalition’s selected Matt as a recipient of their second annual “Buckley Award.”