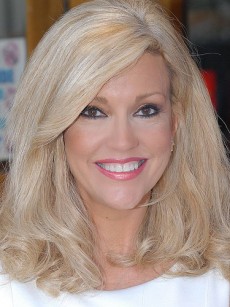 Ann-Marie Murrell is the CEO/Editor-in-Chief of PolitiChicks.com, which was nominated “People’s Choice Blogger of the Year” at CPAC 2013.  Ann-Marie is the co-author of  the book What Women Really Want, which has been ranked a #1 bestselling book on Amazon in the category of ‘Women in Politics’. Ann-Marie was the recipient of Front Page Magazine’s Glazov Gang Ronald Reagan Award and she is a contributor for TownHall Finance,  Daily Caller, Front Page Magazine, The Blaze, Jihad Watch, WND and more.  In 2014, Ann-Marie was a panelist at the National Security Summit in Washington, D.C. discussing the barbaric treatment of women by Islamists.

A 7th generation Texan, Ann-Marie’s ancestors were some of the first to settle in the newly formed Republic of Texas in the early 1800’s.  She moved to California in the early 80’s to pursue an acting career, appearing in small parts in dozens of television shows and movies including ABC’s Sledge Hammer, The A-Team, Young and the Restless and the film Sunset Strip starring Tom Eplin (“Another World”).

After 9/11/01 Ann-Marie became “politically awakened” but she didn’t become an activist until 2008.  Now she is a featured speaker at rallies across the U.S. and is a frequent guest on radio and television shows, including a 2013 appearance on the Dr. Phil Show in which she represented the conservative viewpoint.  Other television and radio shows in which Ann-Marie has appeared are:  Fox and Friends, Hannity, Lou Dobbs, Good Day DC, C-Span, Newsmax, BlazeTV, the Dennis Prager Show, and the Janine Turner Show.  Ann-Marie is a regular commentator and guest host on the Rick Amato Show, Front Page Magazine’s Glazov Gang, the Mark Isler Show on 870/The Answer, and MidPoint on Newsmax TV.

Ann-Marie speaks at various Conservative rallies across the United States.Ann-Marie is one of the go-to reporters in the conservative movement. In addition to political events nationwide, she also conducts red carpet interviews in Hollywood.  She has interviewed hundreds of conservative leaders including LTC Allen West, Congressman Louie Gohmert, Rep. Michele Bachmann, and she was one of the last reporters to interview Andrew Breitbart.