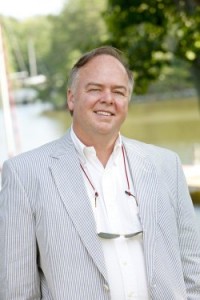 Craig Shirley is the author of two critically praised bestselling books on President Reagan. Craig is also the founder of Shirley & Banister Public Affairs, was chosen in 2005 by Springfield College as their Outstanding Alumnus, and has been named the First Reagan Scholar at Eureka College, Ronald Reagan’s alma mater, where he taught a course titled “Reagan 101.” He is also a member of the Reagan Alumni Association, Friends of Friendship Fire House, the Lyn Nofziger Society, Philadelphia Society, the Fusionist Society and a former board member of the American Conservative Union. He was a decorated contract agent for the Central Intelligence Agency.

His books have been hailed as the definitive works on the Gipper’s campaigns of 1976 and 1980. He is a member of the Board of Governors of the Reagan Ranch , Eureka College Board of Trustees and has lectured at the Reagan Library, the FDR Library in Hyde Park, and the Dole Institute in Kansas. The London Telegraph called Shirley as “the best of the Reagan biographers.”

Shirley, a widely sought after speaker and commentator, appears regularly on many network and cable shows including NewsMaxTV, FOX News, MSNBC, CNN, ABC. CBS, CNBC, C-SPAN and others. He has also written extensively for the Washington Post, NewsMax, the Washington Examiner, the Washington Times, the Los Angeles Times, Town Hall, the Weekly Standard, Politico, Reuters and many other publications. He successfully predicted the results of the 2006, 2008, 2010 and 2012 elections.