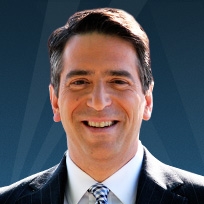 Throughout his tenure with FNC, Rosen’s beats included the White House and the State Department. He also reported from Capitol Hill, the Pentagon, the U.S. Supreme Court and the campaign trail. His datelines include almost all 50 states in the U.S. and three-dozen foreign countries across five continents, including Afghanistan, Haiti, Iraq, Israel, Pakistan, the Palestinian Authority, Saudi Arabia and Uganda.

Born in Brooklyn, New York, Rosen attended public schools on Staten Island. He earned his bachelor’s degree in political science from The Johns Hopkins University and his master’s degree in journalism from Northwestern University’s Medill School of Journalism. He has lectured on politics and the media at Georgetown University and the George Washington University.

Rosen lives in Washington, D.C., with his wife and their two sons.