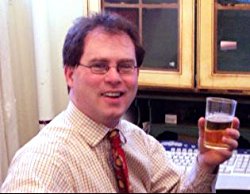 John Zmirak received his B.A. from Yale University in 1986, then his M.F.A. in screenwriting and fiction and his Ph.D. in English in 1996 from Louisiana State University. He was elected alternate delegate to the 1996 Republican Convention, representing Pat Buchanan.

He has been Press Secretary to pro-life Louisiana Governor Mike Foster, and a reporter and editor at “Success” magazine and “Investor’s Business Daily,” among other publications. His essays, poems, and other works have appeared in “First Things,” “The Weekly Standard,” “The Atlanta Journal-Constitution,” “USA Today,” “FrontPage Magazine,” “The American Conservative,” “The South Carolina Review,” “The Atlantic,” “Modern Age,” “The Intercollegiate Review,” “The New Republic,” “Commonweal,” and “The National Catholic Register,” among other venues.

He has contributed to “American Conservatism: An Encyclopedia” and “The Encyclopedia of Catholic Social Thought.” From 2000-2004 he served as Senior Editor of “Faith & Family Magazine” and a reporter at “The National Catholic Register.” He works now as an editor for several publishing companies.