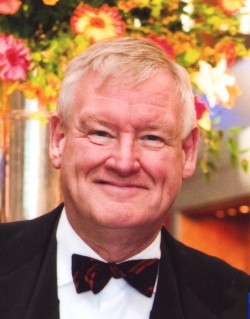 Jon Kukla’s books embody his personal goal of writing first-rate historical scholarship for a general readership – books, as one scholar put it, “that working historians have to read and the general public want to read.”

Born in Wisconsin, Jon Kukla did his undergraduate work at Carthage College and took his Ph.D. from the University of Toronto, where he focused on American, British, and Canadian history. He directed research and publishing at the Library of Virginia in the 1970s and 80s, directed the Historic New Orleans Collection in the 1990s; and from 2000 to 2007 directed Red Hill–The Patrick Henry National Memorial in Charlotte County, Virginia.

Kukla has enjoyed research fellowships at the British Museum, the Virginia Historical Society, and the International Center for Jefferson Studies at Monticello. A frequent speaker at programs for teachers since the 1980s and a Distinguished Lecturer for the Organization of American Historians, Kukla was elected to membership in the prestigious American Antiquarian Society in 2006.

He now lives and writes in Richmond, Virginia.