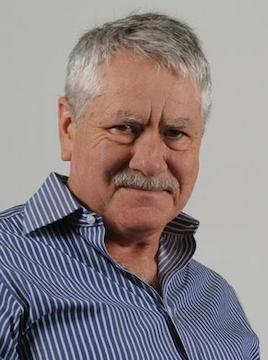 Larry Schweikart is a history professor, author, and former professional musician. Prior to coming to academics, Dr. Schweikart was a rock drummer for several bands, one of which opened for acts including Steppenwolf and the James Gang. Dr. Schweikart quit touring in 1976 and returned to Arizona State University to obtain a teaching certificate.

In 1977, Dr. Schweikart entered the Arizona State history program to obtain a master’s degree, and in the process wrote a national prize-winning article on Peary’s quest for the North Pole. A year later, he won the prize again. By that time, Dr. Schweikart was ready for a Ph.D. program, and attended the University of California, Santa Barbara. During his M.A. and Ph.D. work, he was blessed to be given writing assignments that led to two books: A History of Banking in Arizona (1982) and Trident (1984), a book Dr. Schweikart co-authored with political science professor Doug Dalgleish.

Dr. Schweikart worked for one year in the University of Wisconsin system, then came to UD, quickly receiving promotions to associate, then full professor. He has continued to write, producing some 15-20 books and more than 50 articles.

In 2004, he and Michael Allen published the New York Times #1 bestseller, A Patriot’s History of the United States, now adopted at more than 30 colleges and universities and hundreds of high schools. His book 48 Liberal Lies About American History has sold more than 50,000 copies, and resulted in Schweikart being featured regularly on Fox and Friends. His book, Seven Events that Made America America also reached the top of the New York Times lists. He has since published A Patriot’s History of the Modern World, in two volumes; The Patriot’s History Reader; What Would the Founders Say?; and America’s Victories.

in 2006, he was invited to discuss military history with President George W. Bush. He has appeared on media outlets as varied as Al-Jazeera Television to the Glenn Beck Show, from Tavis Smiley to Rush Limbaugh, and is a regular speaker with Young America’s Foundation.

In 2009, he produced a documentary film, Rockin’ the Wall, about rock music’s part in bringing down the Iron Curtain.