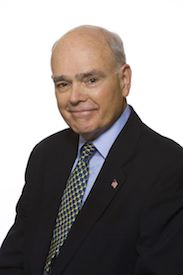 Edwards is a past president of the Philadelphia Society and a media fellow at the Hoover Institution. Edwards appears frequently on cable and broadcast outlets such as Fox News, CNN, Bloomberg, NBC, PBS, C-SPAN and NPR. He has been published in the Wall Street Journal, Los Angeles Times, Boston Globe, National Review, Human Events and American Spectator.

Edwards earned a doctorate in world politics from the Catholic University of America. He has a bachelor of arts degree in English from Duke University and did graduate work at The Sorbonne, Paris. He received an honorary doctoral degree in humane letters from Grove City College.

He lives in Alexandria, Va., with his wife Anne, who assists him in all his writing.