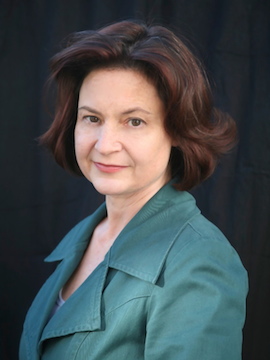 Mary Eberstadt is an author and Senior Fellow at the Ethics and Public Policy Center. She explores issues relating to American society, culture, religion, and philosophy.

Mrs. Eberstadt has written for many magazines and newspapers, including TIME, TIMEIdeas, National Review, Policy Review, The Weekly Standard, Commentary, the Wall Street Journal, Los Angeles Times, The Washington Post, The Times, First Things, The Claremont Review of Books, and the American Spectator.

In addition to her written work, she is also Founder and President of The Kirkpatrick Society, a literary and mentoring organization for women writers.

Mrs. Eberstadt was a Research Fellow at the Hoover Institution from 2002 to 2013. Between 1990 and 1998, Mrs. Eberstadt was executive editor of the National Interest magazine. From 1985 to 1987, she was a member of the Policy Planning Staff of the U.S. State Department, a speechwriter for Secretary of State George P. Shultz, and a special assistant to Ambassador Jeane J. Kirkpatrick at the U.S. Mission to the United Nations. She was also managing editor at the Public Interest.