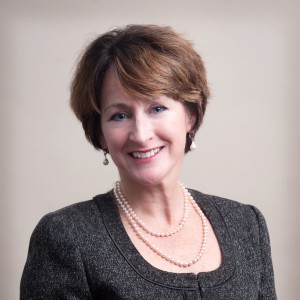 Mary Rice Hasson is the Kate O’Beirne Fellow at the Ethics and Public Policy Center in Washington, D.C. where she directs the Catholic Women’s Forum, an initiative that responds to Pope Francis’s call for Catholic women to assume a higher profile within the Church, and to think with the Church in addressing the problems of today.

Mary is the editor of Promise and Challenge: Catholic Women Reflect on Feminism, Complementarity, and the Church (Our Sunday Visitor: 2015), and the co-author of the report, What Catholic Women Think About Faith, Conscience, and Contraception (EPPC, 2012).

Her work has appeared in a variety of websites, policy journals, and scholarly publications, including The Federalist, the Washington Examiner, Our Sunday Visitor, The National Catholic Register, and First Things. She has been interviewed by media outlets ranging from MSNBC to the BBC to EWTN, and by numerous Catholic radio programs. She speaks frequently on women, faith, culture, family, sexual morality, and gender ideology at conferences across the country. Mary was the keynote speaker for the Holy See at its event on “The Distinctiveness of Women’s Work and Women’s Empowerment” during the United Nations Commission on the Status of Women (2017). As part of the CWF Gender Project, Mary assists religious organizations with training on the cultural, medical, and pastoral issues raised by transgender identities and other gender issues.