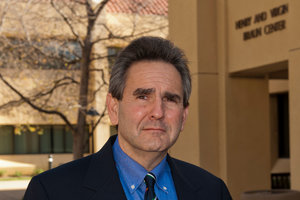 Kaufman has written frequently for scholarly journals and popular publications, including The Weekly Standard, Policy Review, The Washington Times, the Baltimore Sun, The Philadelphia Inquirer, and the Seattle Post-Intelligencer. He is the author of three books. His most recent book In Defense of the Bush Doctrine was published by the University Press of Kentucky in May 2007. In 2000, his biography, Henry M Jackson: A Life in Politics received the Emil and Katherine Sick Award for the best book on the history of the Pacific Northwest. His first book, Arms Control During the Prenuclear Era, which Columbia University Press published, studied the interwar naval treaties and their linkage to the outbreak of World War II in the Pacific. Kaufman also assisted President Richard M. Nixon in the research and writing of Nixon’s final Book, Beyond Peace. He is currently in the research phase of a biography of President Ronald Reagan, focusing on his presidency and his quest for it.

Kaufman is a former Bradley Scholar and current adjunct scholar at the Heritage Foundation. He has taught at Colgate University, The Naval War College, and the University of Vermont.