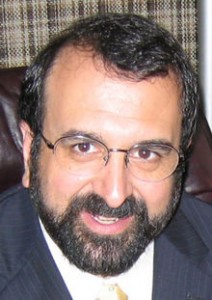 Robert Spencer is the director of Jihad Watch, a program of the David Horowitz Freedom Center, and author of the New York Times bestsellers The Politically Incorrect Guide to Islam (and the Crusades) and The Truth About Muhammad: Founder of the World’s Most Intolerant Religion, as well as eleven other books on Islam and terrorism, including Onward Muslim Soldiers: How Jihad Still Threatens America and the West, Religion of Peace: Why Christianity Is and Islam Isn’t, Stealth Jihad: How Radical Islam Is Subverting America without Guns or Bombs, Arab Winter Comes to America: The Truth About the War We’re In, and The Complete Infidel’s Guide to the Koran.

His articles on Islam and other topics have appeared in the New York Post, the Washington Times, the Dallas Morning News, FrontPageMagazine.com, WorldNetDaily, Insight in the News, Human Events, National Review Online, and many other publications.

Spencer has studied Islamic theology, law, and history for more than 25 years and has trained the FBI and other government officials on the threats of Jihad in America.