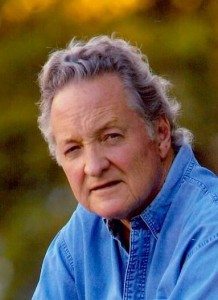 Roger Morris is the author of several critically acclaimed books on American politics.

Born in 1938 and raised in the Midwest, he holds a Ph.D. in Government from Harvard, served in the United States Foreign Service, on the White House Staff, and on the Senior Staff of the National Security Council under both Presidents Lyndon Johnson and Richard Nixon, until resigning over the invasion of Cambodia. As an NSC official, he served as Deputy Director of Policy Planning as well as a senior officer for regional affairs, dealing with a wide variety of issues and areas from Africa, the Middle East and South Asia to Sino-Soviet affairs and the UN. As one of National Security Advisor Henry Kissinger’s two-person Special Projects Staff, he was intimately involved in the first highly secret peace negotiations with North Vietnam to secure a U.S. withdrawal and an end to the war in Indochina prior to the Cambodian invasion in 1970. After resigning from the White House, he was an advisor on both foreign and domestic affairs in the U.S. Senate, and co-authored two news-making foundation-published books on human rights and humanitarian relief, Passing By (1973), a seminal work on the communal genocide in Burundi-Rwanda, and Disaster in the Desert (1974), an equally pioneering study of the failures of international relief programs, before turning to independent writing full time in 1975. He has taught at Harvard, the City University of New York and the University of New Mexico, lectured on campuses throughout the U.S., been a Ford Foundation Fellow in Soviet Affairs at the British Museum and a Fellow of the Russian Research Center at Harvard, and for an academic year was an official Exchange Scholar at Moscow State University in the then-USSR, where he was the first American to study at an institute of the Academy of Sciences.

He was Contributing Editor to The New Republic from 1975 to 1982, has written on politics and global affairs for Harper’s The New York Times, The New York Times Magazine and Book Review, The Los Angeles Times, The Globe and Mail of Canada, The Columbia Journalism Review and the Seattle Post-Intelligencer as well as feature articles in Architectural Digest and other periodicals. In the 1990s he syndicated columns, investigative reports and a radio commentary across New Mexico, and was host and co-producer of a weekly public affairs program and numerous specials for public television in Albuquerque-Santa Fe. He has been elected to the national boards of Common Cause, OXFAM America and the National Council for International Visitors. He currently lives in Seattle, where he lectures in the University of Washington Honors Program, and is completing his forthcoming books.

In 1999 he was a Lannan Foundation Literary Grantee, and was earlier named a Guggenheim Fellow as well as a Fellow of the Society of American Historians and the National Endowment for the Humanities. Among numerous honors and prizes, he has twice won the Investigative Reporters and Editors’ National Award for Distinguished Investigative Journalism, including IRE’s coveted Gold Medal for “the finest investigative reporting across all media nationwide.” His articles on national security for the Arizona Republic and columns and reporting on local affairs in New Mexico newspapers were nominated repeatedly for the Pulitzer Prize over the 1990s, and in 1994 he received the International Relations Council’s Distinguished Award for International Understanding.