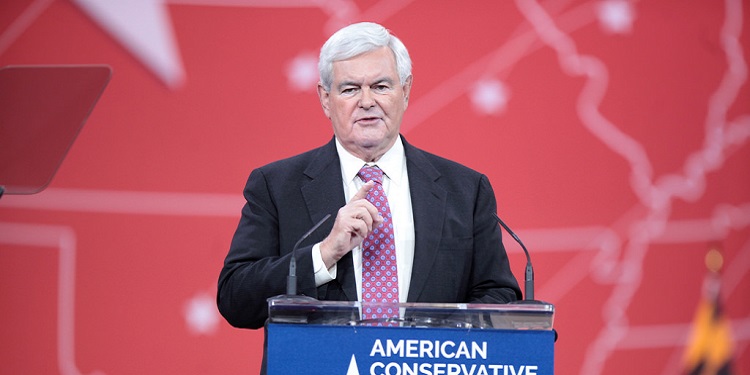 Former Speaker of the House and author Newt Gingrich has endorsed the Conservative Book Club! He said:

“For 50 years, the Conservative Book Club has been an oasis for free market-thinking, freedom-loving book enthusiasts looking for an alternative to the biased mainstream media.  It features the ‘Who’s Who’ among our nation’s most talented conservative writers and commentators.”

Republican Party to victory in 1994 by capturing the majority in the U.S. House of Representatives for the first time in forty years. After he was elected Speaker, he disrupted the status quo by moving power out of Washington and back to the American people.

Newt Gingrich was the co-host of CNN’s Crossfire from 2013 to 2014, where he advocated bold policy ideas. From May 2011 to May 2012, Newt Gingrich was a candidate for the Republican nomination for president of the United States, winning the South Carolina and the Georgia primaries.

Newt was first elected to Congress in 1978, where he served the Sixth District of Georgia for twenty years. In 1995, he was elected Speaker of the U.S. House of Representatives, where he served until 1999.