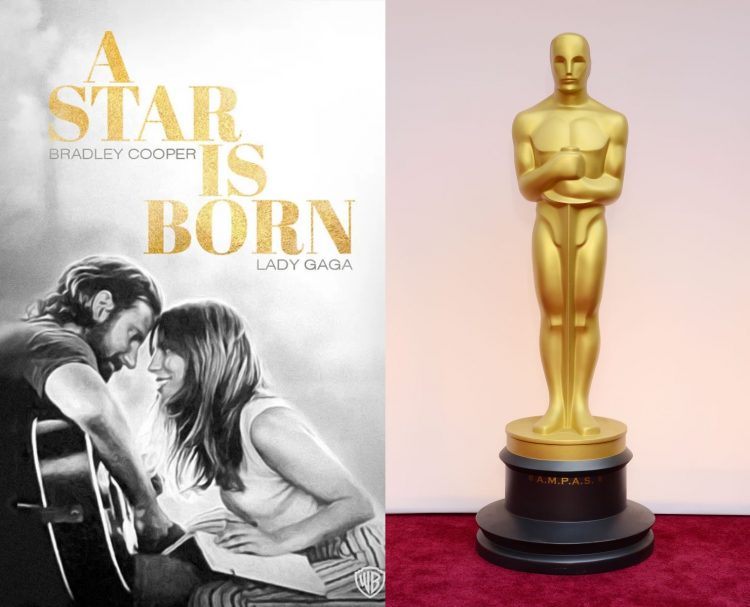 If you had told me in 2009 that the loutish yuppie from “The Hangover” would not only be delivering Oscar-worthy acting in a decade’s time, but directing as well, I would have called you insane. But sure enough, that is what Bradley Cooper has done with his directorial debut “A Star is Born,” the fourth iteration of the classic showbiz tale, this time starring Lady Gaga as the titular star.

In Cooper’s remake, alcoholic and drug-addicted country singer Jackson Maine (Cooper) discovers Ally (Lady Gaga), a young nightclub singer who he takes under his wing, mentors to stardom, and enters a romantic relationship with. But just as Ally’s career ascends, Jackson’s substance abuse causes trouble for their marriage and public embarrassment for the rising star at exactly the wrong time.

If “A Star is Born” doesn’t receive awards in the acting categories at the next Oscars, its stars should at the very least get nominated. Cooper really stretches his acting chops here, talking in a low-octave southern drawl and most impressively, performing his character’s music.

The film opens with a Jackson Maine concert, where Cooper riffs a guitar and sings southern rock like a pro. I was never under the impression I was watching anybody other than a country music legend. This scene also sucks the viewer right in because Cooper the director displays great aptitude for filming concert sequences and capturing the kinetic excitement that goes with live performances.

This isn’t the first time Lady Gaga has acted in motion pictures, but her memorable and fiery performance as Ally makes me want to see more of her in movies. One could criticize the film for having Ally stick by the drunk and drug-addled Jackson even as he grows more unreliable and eventually embarrasses her in public. That said, she does become romantic with him knowing of his addiction and Cooper’s charm makes this development believable.

Ally’s love for Jackson always comes across as genuine due to the two leads’ effortless chemistry and I never questioned that she’d stick by him through thick and thin. Of course, Lady Gaga’s greatest strengths come through during her performance scenes. Though I can’t say I’m a huge fan of her music outside of this movie, there’s no doubt that this woman is a talented singer and I found most of the film’s songs, many co-written by Gaga, to be entertaining and catchy.

Though the leads are tremendous, if “A Star is Born” should win any one Academy Award, it should be for Sam Elliott’s supporting role as Jackson’s older brother and manager Bobby Maine. From frustration with Jackson’s drinking, to bitterness over their familial past, to intense love for his brother, Elliott displays a huge range of emotions in his scenes with Cooper.

One particularly moving moment occurs when Bobby is about to pull out of Jackson’s driveway after his brother goes through rehab. Jackson tells Bobby that he idolized him and not their alcoholic father growing up. As Bobby pulls out of the driveway, one just can’t help but get choked up by the overwhelmed expression on Elliott’s face.

The movie’s conclusion becomes somewhat predictable by the film’s final stretch, but the audience’s attachment to the characters leaves one hoping its tragic ending won’t occur. Ergo, the film retains an emotional punch even when it unfolds as expected.

I haven’t seen the previous versions of “A Star is Born,” so I cannot comment on how this one compares, but on its own terms it’s one of Hollywood’s strongest offerings this year. People tend to roll their eyes when movies about Hollywood or showbusiness get nominated for Oscars and it remains to be seen whether any films in the coming month are more deserving of accolades. I relish taking shots at Hollywood for glamorizing itself as much as anyone, but not enough to be cynical about this movie and all it has going for it.

Besides, I’m happy that my final review for Conservative Book Club is one of praise and not derision.