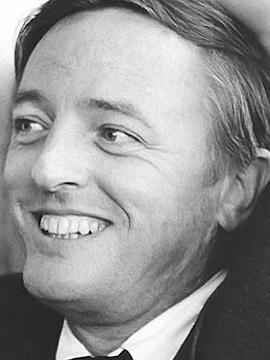 William F. Buckley, Jr. was the renaissance man of modern American conservatism. He was the founder and editor in chief of National Review, a syndicated columnist, the host of Firing Line (TV’s longest-running weekly public-affairs program), the author of more than 50 books, and a college lecturer for nearly five decades. His mighty stream of words is almost surely unequalled by any other writer of the past 100 years.

Before Bill Buckley came along, American conservatism was composed of “a congeries of ill assorted half-enemies,” in the words of long-time National Review publisher Bill Rusher. [1] Buckley purged the conservative movement of its extremist elements and united the rest by persuading traditionalists, libertarians, and anti-Communists to focus on a common enemy: liberalism.

Attended the National Autonomous University of Mexico for one year in 1943, graduated from the U.S. Army Officer Candidate School as a second lieutenant, and later graduated with honors from Yale with degrees in political science, history, and economics in 1950.

Married Patricia Aldyen Austin Taylor in 1950, with whom he had one son, Christopher Buckley.

“I would rather be governed by the first 2,000 people in the Boston telephone directory than by the 2,000 people on the faculty of Harvard University.”

[Biography is from Dr. Lee Edwards, The Heritage Foundation.  Full bio is here.]