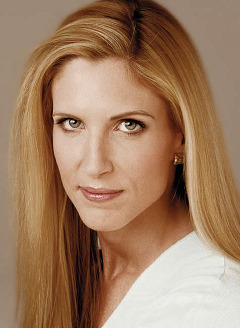 Video Endorsement from Ann Coulter below!

Ann Hart Coulter is an American conservative social and political commentator, writer, syndicated columnist, and lawyer. She frequently appears on television, radio, and as a speaker at public and private events. Coulter has described herself as a polemicist who likes to “stir up the pot”, and does not “pretend to be impartial or balanced, as broadcasters do”, drawing criticism from the left, and sometimes even from the right.

A Connecticut native, Coulter graduated with honors from Cornell University School of Arts & Sciences. She earned her J.D. from University of Michigan Law School, where she edited Michigan Law Review. Afterwards, she clerked for the Honorable Pasco Bowman II of the United States Court of Appeals for the Eighth Circuit and worked as an attorney in the Department of Justice Honors Program for outstanding law school graduates.

After privately practicing law in New York City, Coulter worked for the Senate Judiciary Committee, where she handled crime and immigration issues for Senator Spencer Abraham of Michigan. From there, she became a litigator with the Center for Individual Rights in Washington, D.C. CIR is a public interest law firm dedicated to the defense of individual rights – specifically, freedom of speech, civil rights, and the free exercise of religion.

Coulter is a prolific writer with over 10 New York Best Selling titles. Her first book, High Crimes and Misdemeanors (1998), made the case against Bill Clinton and drew from her experience writing legal briefs for Paula Jones’s attorneys. She attacked liberal lies about the American Right in Slander (2002), and continued her critique of liberalism with Treason (2003), Guilty (2009), Demonic (2011), and Never Trust a Liberal Over Three-Especially a Republican (2013).

Her most recent work takes on the hot topic of immigration, with Adios, America!: The Left’s Plan to Turn Our Country Into a Third World Hellhole (2015).

Numerous publications have profiled her, including The Washington Post, The New York Times and Elle magazine. In 2001, federal judge Richard Posner named Coulter one of the top 100 public intellectuals. She made the cover of Time magazine in April, 2005.