John Boehner To Resign From Congress! 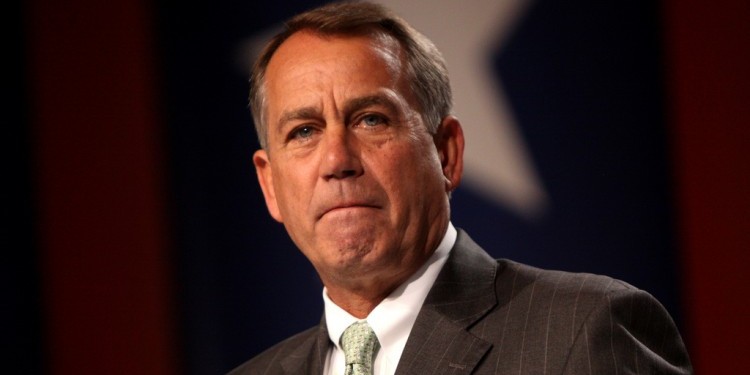 John Boehner, Speaker of the US House of Representatives, has given indications he will resign from his seat in congress at the end of October, thus vacating his seat as Speaker.  House conservatives have been putting an immense amount of pressure on Boehner to defund Planned Parenthood after a series of videos were released exposing their practices of selling aborted baby parts.

House Conservatives, including The Freedom Caucus, were threatening to challenge Boehner’s leadership as Speaker if he did not attempt to defund Planned Parenthood.  Boehner and his leadership allies were attempting to pass a “clean” continuing resolution that would’ve funded Planned Parenthood in order to avoid a potential government shutdown.

Sen. Ted Cruz (R-TX), a leading presidential candidate, was promising a showdown in the Senate with a potential filibuster if both the House and Senate Republican leadership was to fund Planned Parenthood.

In DC politics, this is the equivalent of a political earthquake that will certainly reshuffle the US House Republican leadership deck.  There is already talk of Rep. Kevin McCarthy running to replace Boehner as Speaker, while there will certainly be a Freedom Caucus-endorsed candidate to challenge McCarthy.  McCarthy is seen as an establishment Republican in the same mold of Boehner, but is well-liked by the rank-and-file of the Republican congressional caucus.

It is not for certain if Boehner intends on passing the “clean” continuing budget resolution without Planned Parenthood being funded next week, in an attempt to avert a government shutdown.

Boehner will have a press conference shortly.  Will post when video is available.