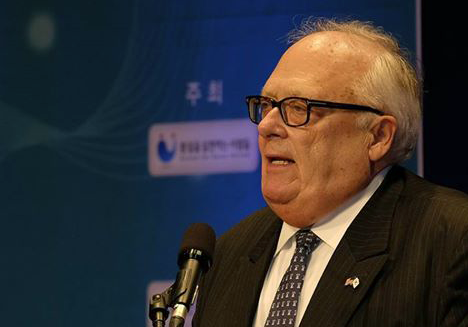 dwin J. Feulner’s leadership as President of The Heritage Foundation has transformed the think tank from a small policy shop into America’s powerhouse of conservative ideas and what the New York Times calls “the Parthenon of the conservative metropolis.”

He served as the Public Member (Ambassador) of the U.S. Delegation to the United Nations Second Special Session on Disarmament in New York, as a consultant for domestic policy to President Reagan, and as an adviser to several government departments and agencies.

He and his wife, Linda, have two grown children, Edwin J. Feulner III and Emily V. Lown, and three grandchildren. They live in Alexandria, Va.