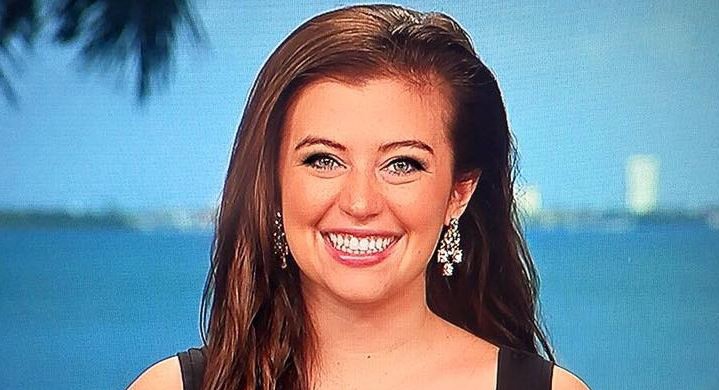 Congratulations Carolina on being our Conservative Book Club “Member of the Week!” Tell us a little about yourself and the work you do as National Communications Director of the College Republican National Committee.  And what’s an average day like for you?

I’m so honored to be chosen as the CBC Member of the Week! I graduated from Christopher Newport University in May 2014 and immediately became a press assistant for Congressman Jeff Denham (CA-10). Shortly after that I was offered a full-time job at the CRNC (a group I was involved with in college) as an Executive Assistant, and a year later was promoted to National Communications Director.

A typical day for me involves writing my daily newsletter called “Tusk Talk” for our College Republican leaders where I summarize the days’ news events and share important talking points. We highlight party leaders, influencers on campus and ensure our readers have up-to-date knowledge of what’s going on in Washington.

After I finish Tusk Talk, I’ll run through the week’s events, pitch a possible op-ed or TV appearance for Alex Smith (Chairman of the CRNC), and take questions from reporters via email or phone. Besides other administrative work, I think the most engaging part of my day is assisting our Digital Director with our social media pages and aiding her with graphics or press releases.

No two days at the CRNC are exactly alike and I couldn’t love that more about my job.

What’s your take on the political correctness run amok at Mizzou, Yale and other college campuses?  How’s the CRNC responding? 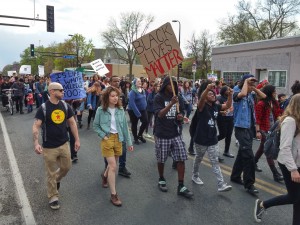 I often get asked at dinner or social events if I could have been born in a different time period, which would it be?  I always respond by saying that right now is exactly when I would choose. I love how innovative, open-minded and creative this generation is – but the recent strain of excessive political correctness is something I would definitely like to change.

Unfortunately, College Republicans and other conservative groups are no stranger to this type of intolerance to diverse opinions that are building on college campuses. CR’s see this every day from liberal professors wielding their all-knowing opinions on young minded students. From a generation that often touts its open-minded and accepting attitudes towards others, it’s important we keep that same attitude toward diverse opinions on campus.

College Republicans are determined to build a safe and tolerant environment for all opinions to be heard, especially at the very institutions designed to promote independent thought and free thinking.

In 2008 and 2012, the Democrats overwhelmingly beat the Republicans when it came to the youth vote.  As someone who deals day in and day out with reaching out to younger voters, can you update us on what the CRNC and RNC plan to do to reach out to younger voters for the 2016 election?

Facts are facts: if the voting age had started at age 30, Gov. Romney would be president today. His losses with those 18-29 year olds actually exceeded his losses nationwide.  The CRNC is determined in helping young people connect things they know and love (like Uber and AirBnB) to the very principles that help those companies succeed – bottom-up, organic and natural economies. Republicans are champions of these types of economic principles.

Along with re-branding on our end, both the CRNC and the RNC are encouraging all our candidates to reach out to younger voters directly where they are – on campus, online and over social media.

What got you interested in the work you do?

My dad jokingly says that my honorary middle name is “Decibel” – yes, as in the unit of measurement for sound. I’ve been an outspoken and loud individual since I was really young and I naturally grew attracted to a field where my voice would make a difference. I think that directly correlates with my job now because nothing frustrates me more than young people deciding not to vote because “their vote doesn’t matter.”

The sheer idea of someone’s voice not being counted because they don’t see the importance in expressing it is absolutely tragic and needs to be changed. If I can show even one young person the importance of their solitary vote, that’s a win in my book and that’s what we strive for everyday at the CRNC.

It was not so much the conservative-themed books and publications that I read that shaped my political philosophy as it was the liberal textbooks I was forced to read in college that further solidified my conservative principles and discredited liberalism in my eyes. From a very young age I was involved and enamored with politics. The common misconception about young people is that they are all liberal and while I saw my fair share of that at my university, it was the ultra-saturated liberal arguments in my readings and textbooks that reinforced my conservative beliefs.

Books that really opened my eyes included the leaning-liberal book “The Obama Victory: How Media, Money and Message Shaped the 2008 Election” by Kate Kenski, Bruce W. Hardy and Kathleen Hall Jamieson. It detailed the campaign strategy of the Obama campaign in 2008 and really shook me to the core because it showed the flaws of a Party that I’ve come to grow and love. It inspired me to do better and learn from our mistakes.

Along with keeping that momentum going, I’ve recently fallen in love with Kristen Soltis Anderson’s new book, The Selfie Vote: Where Millennials Are Leading America (And How Republicans Can Keep Up). It is the perfect antidote for fixing the mistakes from 2008 & 2012, and learning from them to win in 2016.

The reason I joined and the reason why more people should join the Conservative Book Club is it gives a voice to conservative authors and readers that would otherwise be drowned out in the liberal noise that often dominates attention in the media. It’s a breath of fresh air for someone who’s looking for the other side of the story!  Besides having the obvious benefit of having all of my favorite books in one place, it allows me to search and further ground myself in the principles I stand for every day.