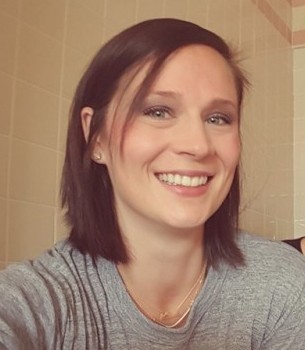 Meet our CBC Member of the Week – Alison Aikele Hawkins!  Alison currently works as Vice President of Communications for the Financial Services Roundtable.  She previously worked on the Mitt Romney presidential campaign of 2012 and is an avid reader.  Learn more about Alison below!

My family has always had a culture of being educated voters and growing up we regularly talked about our government and things going on around the world.

When I was in high school, my mom served in the state legislature and I became more interested in politics and issues. Then in college, I had a friend who was an intern for a Congressman and that sounded fun, so the next summer, I came to DC and was an intern for Bill Bennett and Jack Kemp.  That’s what really turned the page for me in turning my focus to working in politics and communications.

I’ve been working in Washington DC in political and government communications now for more than a decade, and the basics of conservatism I espoused as a youth still make the most sense today.

What is your favorite book?

When I was in college, I had a friend who was training to be a psychologist and he was reading the book “Man’s Search for Meaning.” I picked it up and not only read it, but took notes.  I’m not sure most people would put it on their conservative book “to read list” but its message resonates to me as an American, where we believe anything is possible. And  on a more tertiary level, it reminds us of just how important a role the United States has played in being the best force for good in the history of the world. Our country truly is exceptional.

Another book that I love, and took notes while reading, is a little more cliche–Atlas Shrugged. The key to getting people to listen to your message is largely dependent on how you tell the story.  Atlas Shrugged delivers an important message via a deeply interesting and intellectually stimulating narrative that kept me involved in the story.  And if you’re going to write a 1,000+ page book, you’ve got to do something right if you expect people to actually finish it!

Favorite Movie: I like well-scripted movies. Two of those include 500 days of Summer and Jerry McGuire

Favorite TV Show: Loved 24. I also like Naked and Afraid because it exposes how people respond under pressure.

Favorite Band: Everything from the early 90s, U2, Aeorosmith, Guns ‘n Roses, and Def Leopard

Where you get your news from: ALSO IMPOSSIBLE. I’m in comms! But Twitter is a great resource to get everything from all my favorite places. Everyone should also check out Sidewire. Will be big for politics in the future.

If you could meet any person: My great, great grandfather, Andreas Aikele. I’m sure I’ll get to it at some point. 🙂

If you could travel anywhere, where would you go: Antarctica, because it’s the most unattainable place in the world. But realistically, the ski slopes in Utah are good enough for me.

What you do for fun: Hang out with my kids, ski, run, and I’m re-learning how to play the piano.