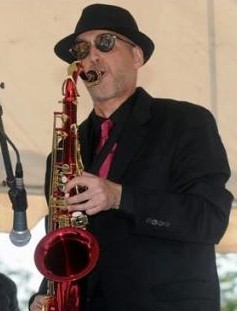 Congratulations D. C. on being our Conservative Book Club “Member of the Week!” We appreciate you writing book reviews for the site!  Tell us a little bit about yourself.

Thank you!  What an honor to join the distinguished company of CBC Members of the Week.  My six-word life memoir is “All ’80s, All of the Time.”  My political and intellectual motto is “When you are not allowed to question something, it means that there is something questionable about it.”  First guitar solo that I learned to play: “Bohemian Rhapsody.”  Highest point on dry land: Pike’s Peak.  Greatest accomplishment: obedience training for the Akita.

I have been interested in history from a young age — and because so much of history revolves around political events, I naturally began to pay attention to contemporary politics.  I do not have the temperament for electoral politics and political activism, so I look to the arts, entertainment, and non-fiction prose as a way to help influence the culture.

What type of work do you do?

I have worked as a graphic designer, desktop publisher, writer, editor, photographer, fine art curator, historian, fine art journalist, fine art model, performing and recording musician and composer, and music educator, with occasional librarianship now and then.  Writing for the Conservative Book Club is my most interesting current assignment! 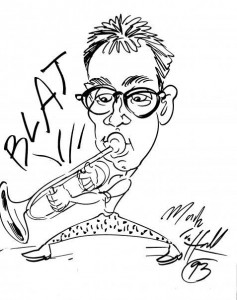 The most important book is Ecclesiastes, because it attempts to reconcile the terrifying existential paradox of our time on Earth: “Sometimes a good man perishes in spite of his goodness, and sometimes a wicked one endures in spite of his wickedness.”

After having been seduced by the Left in my young adulthood, my political perspective was revised by the usual early-’80s sources: William Buckley, George Will, Policy Review, and Charles Krauthammer.  The strongest influence on my political thought has been Ayn Rand (both the fiction and non-fiction).  In recent years I have been an avid follower of Mark Steyn and the multi-media Catholic apostolate “Church Militant”.

I admire those commentators who have absolutely no fear of the Left, such as Mark Steyn, Ann Coulter, Rush Limbaugh, Thomas Sowell, Michelle Malkin, Michael Voris, Ben Shapiro, the late Andrew Breitbart, and others.

If you have time to read only one book on politics, it should be Parliament of Whores: A Lone Humorist Attempts to Explain the Entire U.S. Government by P. J. O’Rourke.

Other important works of politics, history, and philosophy: Blacklisted by History: The Untold Story of Senator Joe McCarthy and His Fight Against America’s Enemies by M. Stanton Evans; Man’s Search for Meaning by Viktor Frankl; Will: The Autobiography of G. Gordon Liddy; Washington Goes To War by David Brinkley; Liberal Fascism: The Secret History of the American Left, From Mussolini to the Politics of Meaning by Jonah Goldberg; and everything by Ann Coulter.  Favorite novel: The Penitent by Isaac Bashevis Singer.

I received a number of outstanding books from the “old” Conservative Book Club (one of the best was Empire: The Rise and Demise of the British World Order and the Lessons for Global Power by Niall Ferguson), so I was enthused when the CBC was revamped, reloaded, and relaunched for the 21st century — and it has not disappointed!  When I saw that the CBC was looking for reviewers, I thought that it would be a good way for me to contribute my ideas and talents to “The Cause”, as our Leftist friends say.

Writing for the CBC has exposed me to some excellent books and has allowed me to sharpen my analytical and writing skills.  A year ago, I reviewed You’re Going to Be Dead One Day: A Love Story by David Horowitz; this was the paragraph that I remember the most: “I have never considered all or even a majority of leftists to be bad people. The historical narrative has a diabolical twist in which destructive illusions about the future seduce good people into the arms of evil. Consequently, when people of the left relate to me in a decent way — however rare that may be — I am ready despite all differences to reciprocate.”

Many thanks to the Conservative Book Club for the great work that you are doing!