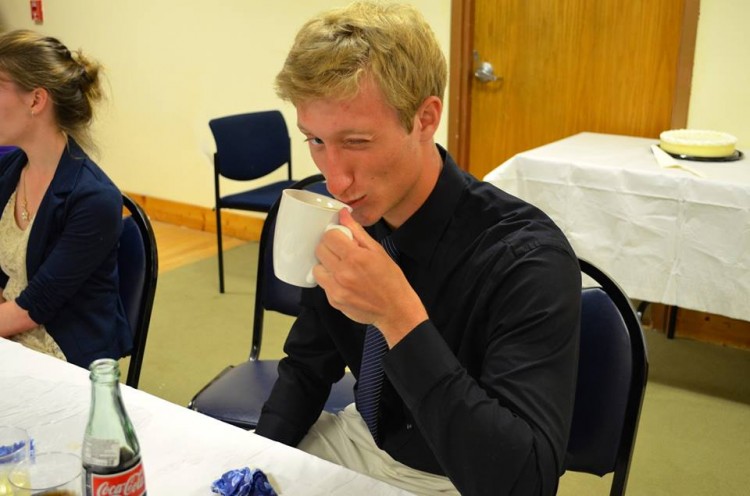 Congratulations Auberon on being our Conservative Book Club “Member of the Week!” Tell us a little about yourself and the work you’ll be doing as our CBC Summer 2016 Intern?

I come from Manassas, Virginia and have lived in northern Virginia my whole life. I am currently studying at Hampden-Sydney College in central Virginia and pursuing a degree in my passion, history. I love the Green Bay Packers and enjoy playing sports. As the CBC Summer intern I am in charge of doing social media work, writing book reviews, and helping out with all aspects of our site.

Where would you like to work after you graduate college?

I’m not sure completely sure right now but I would love to work for an NFL team (in the front office), somewhere in the entertainment industry, or for something that involves history.

As a current college student, do you feel conservative viewpoints on campus are treated fairly or unfairly?  Do you feel there is pervasive political correctness on your campus?

I go to a fairly conservative college (especially when compared to other modern day colleges) called Hampden-Sydney College and I think that conservative view points are treated fairly there.

Despite being a conservative leaning school most of the staff is fairly liberal. However, they encourage the students to argue different viewpoints through class discussions that help everybody understand the other side’s position better as well as teach the class how to argue against those certain kinds of arguments.

The College Republicans are the biggest club on campus and the students often voice conservative viewpoints on campus. There has been, however, a move to the political correct by the administration. In the recent past the school has tried to increase liberal agendas quietly but when they do the students and alumni often loudly protest and voice their displeasure.

Most recently there was a case where one of the teachers, retired General Jerry Boykin, had a comment (which he did not make at the school) about the transgender bathrooms debate that was not “PC”. The administration and the liberal side of the school went into an uproar and demanded that Gen. Boykin be fired. Gen. Boykin’s contract was terminated but after a heavy pushback against the PC influence by the alumni and students the school relented and hired Gen. Boykin back.

The school is conservatively rooted and influenced but the school itself is falling prey to the political correctness craze that is hitting almost every college in America.

What books, authors, or conservative-themed books, influenced your political philosophy and outlook on life?  Well I think the author Harry William Crocker III has definitely been a big influence, but other than that I would probably say that the Bible has been the most influential book in my life.