Get An Exclusive Preview Of Eric Metaxas’ Newest Book! 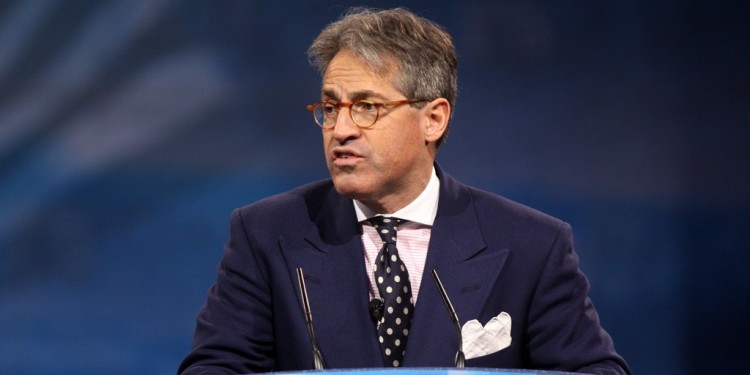 Conservative author Eric Metaxas is back with a new book, If You Can Keep It. The book asks whether or not we are living out the ideas of liberty and freedom, bequeathed to us by the Founders, that make American exceptional. Read a free excerpt of If You Can Keep It below.

“In the heart of Philadelphia, in a Georgian brick building that still stands, one of the most extraordinary events in the history of the world took place. There, in what is today called Independence Hall, over the course of about one hundred days in the summer of 1787, some of the most brilliant men of that or any other era created what would become the Constitution of a new country. They were creating the legal foundation for a form of government that had never been tried before; and they were creating the possibility—and the golden and glorious promise—of something called the United States of America.

The men in that room were an astounding array of the leading lights of American history. George Washington was there, along with Benjamin Franklin, James Madison, Alexander Hamilton, and Roger Sherman, among others. No one could reasonably debate whether the 4,200-word document they ended up with is one of the greatest documents in the history of the world. If its emergence there was not quite as unprecedented as Athena’s parthenogenetic birth from the brow of Zeus, it is close enough to warrant comparison and amazement. The Constitution was a ship of state that the founders launched onto history’s ocean that summer the likes of which had never before been seen. The world goggled at it. They also wondered: What would become of this great and strange bark? Would it sail long or soon sink? No one could know. And if it were to succeed and last, precisely how would it do that? How could it, being so very fragile? Why should it float for long? And yet it did. Whatever it was that they created that summer in that building has so grown and flourished in the more than two centuries following that it is simply without equal.

But who could know in 1787 what would spring from the nation made possible by that document created in those one hundred days? No one but God. Today we know that in historical terms, the nation there formed has since soared across the heavens like no other. But in 1787 it still only pointed toward the future, like an arrow in a cocked bow. The potential power in that bow was incalculable. But the promise of the arrow’s flight had intrigued much of the world. It held great promise in many ways because it was itself a promise to every American, present and future, and to everyone in the world beyond America too.

Tags: Eric Metaxas, Excerpt, If You Can Keep It