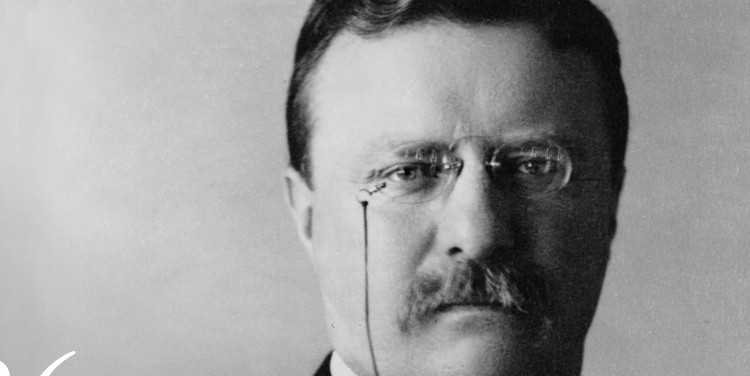 In Daniel Ruddy’s new book, he daringly asks if the “progressive” Theodore Roosevelt was really a conservative hero in his new book, Theodore the Great: Conservative Crusader.  In recent years, liberals have tried to make TDR into a progressive hero.  Ruddy tries to respond to conservative critics saying that TDR’s progressivism was a different kind than the progressivism of Woodrow Wilson.  Find out why by reading our exclusive author interview with Daniel Ruddy, who is also the brother of Chris Ruddy, the CEO of Newsmax Media.

Congratulations Daniel Ruddy on your new book Theodore the Great: Conservative Crusader!  Give us an overview of your book.

Theodore the Great is a spirited, thoroughly researched and easy-to-read answer to all those critics—most of them libertarians—who have besmirched Theodore Roosevelt’s reputation in recent years.  If we are to believe these carping critics on the Right, Teddy is no different than Barack Obama or Nancy Pelosi, but this is a grotesque distortion of the truth.

At his core, TR was conservative—a sensible problem-solver who wanted to increase the political power of the American people so that they could topple the “invisible government” (a phrase he coined) of party bosses, corporate lobbyists and Robber Baron plutocrats who thrived during his generation.

In your book you focus on the idea that TR was a Republican “progressive” who was little different than the progressive Woodrow Wilson.  How so?

Theodore Roosevelt and Woodrow Wilson are often lumped together as sinister “progressives” hell-bent on destroying the Constitution, but critics (like Glenn Beck) who create this false equivalence between the two presidents always fail to mention that TR despised Wilson, and for good reason.

Woodrow Wilson was a leftist ideologue who wanted to impose his own grand vision on the American people, whereas TR was a practical reformer cut from the mold of Edmund Burke, the intellectual founder of modern conservatism.  TR denounced Woodrow Wilson and Thomas Jefferson as impractical “visionaries” and rigid “doctrinaires” for their top-down approach to governing the nation.

Unlike them, TR was a populist who favored a bottom-up approach, which sought to enact needed reforms based on what was demanded by the American people.  In short, TR was driven by the “consent of the governed” principle laid out in the Declaration of Independence, not leftist ideology promoted by professorial intellectuals in academic ivory towers like Jefferson, Wilson and Obama.

Many refer to TR as the first environmentalist/conservationist.  The Left tries to make him out to be a liberal hero because of this.  Are they wrong?

Theodore Roosevelt deserves an A+ for his remarkable conservation record (one of his greatest achievements), but he was not, as many of today’s liberals insist, a militant environmentalist.  He was a great outdoorsman who had a deep appreciation for the beauty of nature (he saved the Grand Canyon from commercial exploitation), but his greatest desire was to make the United States the most powerful nation in the world.  He belonged to the “utilitarian” wing of the conservation movement, which favored using and then replenishing natural resources (e.g., cutting down trees for lumber and then replanting).

Eager to develop the nation, he created the Reclamation Service, which went on to build 700 dams and 16,000 miles of aqueducts so that arid regions of the West could have access to water and be inhabited.  This immense irrigation infrastructure would be opposed in knee-jerk fashion by environmentalists were it proposed today, but Teddy would be all for it, just as he would in all likelihood support the Keystone oil pipeline.

You also detail how TR thought that Thomas Jefferson was the “liberal” founding father and venerated George Washington and Alexander Hamilton.  Why did he feel this way?

Theodore Roosevelt despised the “liberal” Founding Father Thomas Jefferson for a host of reasons.  To him, Jefferson was a feckless president who refused to build the strong navy needed to defend the United States against the formidable sea power of Britain and France.  He held Jefferson responsible for failed policies that ultimately led to pillaging British Redcoats seizing Washington, D.C. during the War of 1812 and then burning it to the ground.  Most importantly, he denounced Jefferson as the “father of secession” in creating the Nullification Doctrine, later used by the South as their justification for seceding from the Union in 1861.

All the critics who say TR was a “liberal” or “progressive” need to be reminded that he deeply admired the great conservative statesmen of American history (like George Washington, Alexander Hamilton and John Marshall) and denounced liberals (like Thomas Jefferson and Thomas Paine) who opposed them.

Takeaway #1: Like Ronald Reagan, Theodore Roosevelt was a “Conservative Crusader” who wanted to reform the United States so that it could be as strong as possible.  Hawks on national security, both Reagan and TR believed in “peace through strength.”  Seeing the American family unit as the bedrock of the nation’s strength, both were passionate social conservatives.  Eager to create prosperity throughout the land, both implemented sensible economic policies to achieve that end (although TR’s “Trust Busting” was different from Reagan’s “Supply Side” approach because the country did not have a fully-developed consumer economy at the beginning of the 20th century the way it does today).

Takeaway #2: Theodore Roosevelt deserves the honorific “Theodore the Great.”  As I reveal in my book, it was a popular nickname for the 26th President of the United States as he left the White House in 1909.  It is fair to say that he laid the foundation for what would become an American century.  For this remarkable accomplishment, he deserves praise, not condemnation.