Don’t Be A Stranger — Check Out “Stranger Things”! 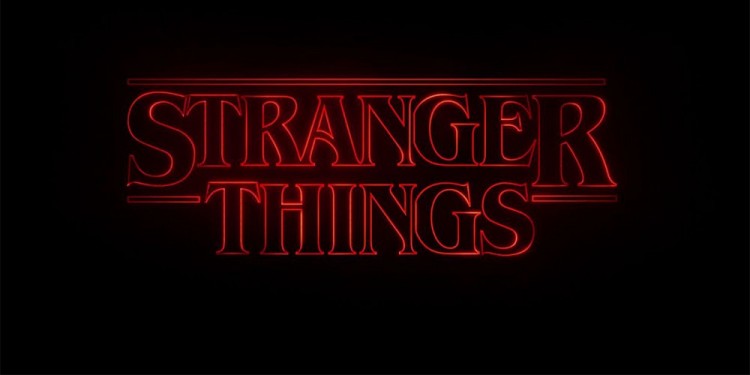 Stranger Things is Netflix’s latest original show and the most popular TV show of summer 2016, with viewers ranging from the causal couch potato, to the Department of Energy. To be honest, I was a little hesitant to jump on the Stranger Things bandwagon. I’m not a huge sci-fi fan, but finally decided to see what all the fuss was about, and boy am I glad I did. The show did not disappoint!

A crossover between the Goonies and X-Files is the best way to initially describe Stranger Things. The show opens with the disappearance of a young boy, Will. His mother, Joyce Byers (Winona Ryder) begins a distressed search for her son. Quickly, Will’s friends and the community jump in to figure out what happened to Will. As their search commences, “strange things” begin occurring in the community, leading to several fantastic sub-plots!

Below are a few of my favorite things about the series:

Stranger Things is packed full with 80s pop culture references, from music to movies, and everything in between. The show’s creators, Matt and Ross Duffer are obsessed with Steven Spielberg and Stephen King, and their love for the two great men shown through in their hit series. E.T. and Alien are some of biggest influencers, with an alien-like Demagorgon making appearances!

Suspense and horror aren’t my cup of tea, so I was timid when I began watching Stranger Things. I decided to watch the show in broad daylight, so I wouldn’t have to head to bed right after. I was pleased with how the Duffer’s handled the suspense; in my opinion it was just enough to keep you on the edge of your seat, but not so much that you’re hiding under the covers the whole time. The crux of the show was focused more on extra-dimensional aspects, instead of trying to scare the audience senseless.

Winona Ryder did a fantastic job in her role as the distraught mother of Will. At the beginning of the show, she could have been quickly labeled the communities’ crazy lady – a single mom trying to raise two boys, and just a little off her rocker.  However, she quickly captured your heart with her steadfast love for her son. Nothing could stop her from relentlessly pursuing the rescue of her son, and Ryder handled the role perfectly

Twelve year old Millie Bobby Brown absolutely killed it as the character Eleven. As Eleven’s story unfolds, the audience grows to have compassion for her. While it takes a little bit longer to warm up to her character, the audience absolutely falls in love with her by the end of the season. An honorable mention goes out to David Harbour, who plays Jim Hopper, the sheriff.

All in all, I was extremely pleased with Stranger Things. The fact that it’s just eight episodes makes it even better for binging! In my opinion, the show is definitely worth a watch, and you’re in luck, because there’s a Season 2 coming in 2017!