Movie Review: “The Girl On The Train” 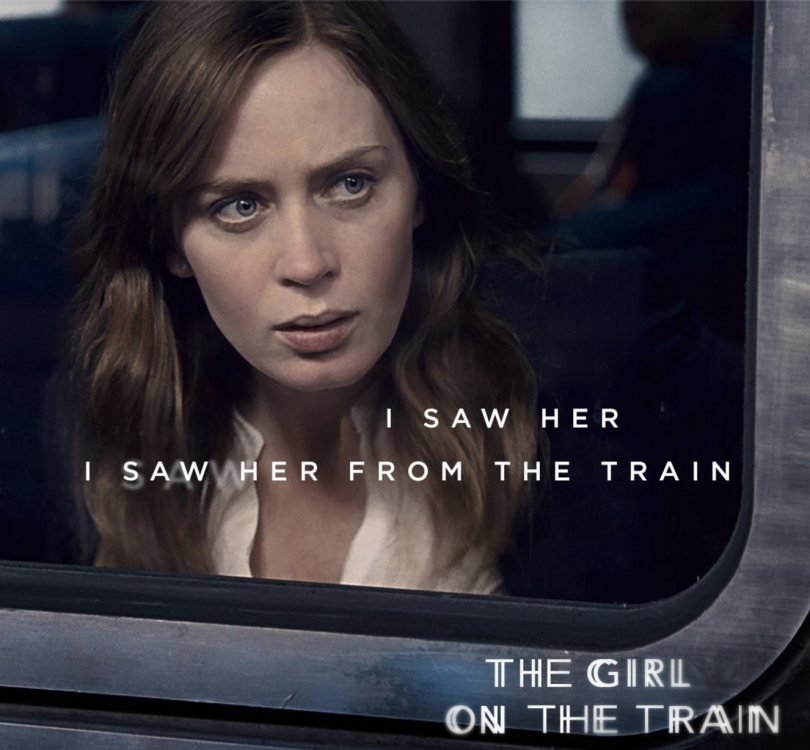 Before I begin my review of The Girl on the Train (starring Emily Blunt, Rebecca Ferguson, Haley Bennett, and Justin Theroux) I have to admit that I haven’t read the book and didn’t know a thing about the storyline. I thoroughly enjoyed walking into the theatre not knowing what to expect.

The Girl on the Train, directed by Tate Taylor and written by Erin Cressida Wilson, was adapted from the wildly popular, and New York Times bestselling novel by Paula Hawkins. The book has sold more than 15 million copies around the world, so the film definitely had a lot to live up to.

Emily Blunt absolutely killed it playing the role of Rachel, the sad and lonely alcoholic, who lost her job and her joy due to her sodden drunkenness.
Every day, Rachel rides the train to and from New York City. She sits in the same spot every day and observes, almost to the point of being creepy. Her train passes by her old neighborhood everyday, and she watches her former neighbors. As the film unfolds, the audience gets a deeper understanding of Rachel’s background and history.

Rachel’s observation skills come in handy when one of the women she observes on her daily train rides goes missing. Immediately she’s accused of a crime, because she’d been seen in that neighborhood the night of the disappearance. Clearly she’s the easiest person to point a finger at – the neighborhood drunk. She probably blacked out and committed a crime she has no memory of. Her ex-husband and his current wife are intimately involved in the story, because they live a few doors down from the girl who disappeared.

What surprised me the most about The Girl on the Train, was the conversation it had about domestic abuse – both emotional and physical. This is a subject I don’t see being addressed very often in the media, much less from a big scale Hollywood projection. Emotional abuse can be harder to decipher than physical abuse, but this film did an excellent job discussing emotional and verbal abuse, just as much as the physical abuse.

As the audience falls in love with Rachel, your heart breaks for her as you watch the abuse she went through from her ex-husband. I wanted to stand up and cheer in the movie theatre when the husband’s abuse is brought to the light.

I cannot recommend this movie enough! With some language, sex scenes, and intricate storyline, it’s definitely for mature audiences. Bravo to Hollywood for being willing to have a conversation on a difficult subject. The media is so powerful, and I’m greatly encouraged to see them having a conversation on abuse. I hope that there will be many more movies that are willing to dig into deeper issues.