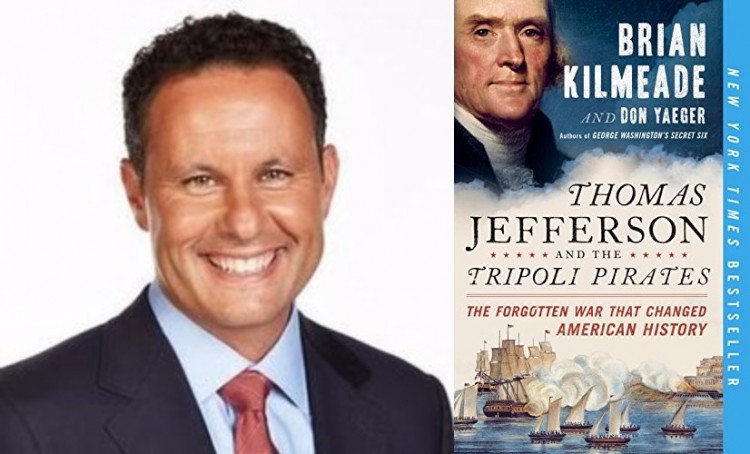 Fox News’ Brian Kilmeade, bestselling author of Thomas Jefferson and the Tripoli Pirates: The Forgotten War that Changed American History, discusses the success of his most recent book and the paperback edition release, the new chapter, and tells us what his next book is about! You won’t believe what’s he’ll be writing about next!

In our exclusive one-year later author interview with Kilmeade, he discusses the success of his American history books and lessons we can learn from the Tripoli Pirates that can help America better fight the modern Radical Islamic terrorists.

Kilmeade is the co-host of the No. 1 cable news morning show, Fox & Friends on Fox News, and hosts a nationally syndicated radio show called Kilmeade and Friends on Fox News Talk.  He’s known for his affable good nature and interviewing top political and cultural newsmakers in the country.  He’s also written three other books, including The Games Do Count, It’s How You Play the Game, and the #1 New York Times Best Seller, George Washington’s Secret Six: The Spy Ring That Saved the American Revolution.

Listen to the exclusive author interview with Brian Kilmeade below!  Interviewed by Christopher Malagisi, Editor in Chief of the Conservative Book Club.

If you love Brian Kilmeade, check out his other recent bestseller, George Washington’s Secret Six: The Spy Ring That Saved the American Revolution!