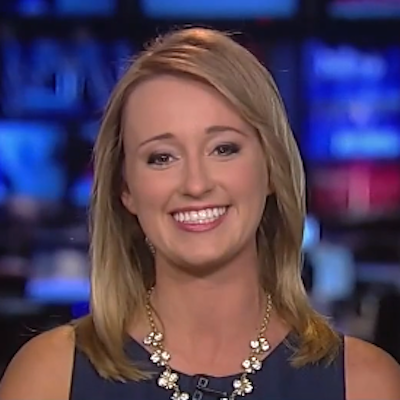 Congratulations Emily on being our Conservative Book Club “Member of the Week!” Tell us a little bit about yourself and the work you do at the Washington Examiner.

Thanks! I’m a commentary writer at the Washington Examiner, meaning I have the great privilege of providing analysis on news stories ranging from politics to pop culture every single day.

You previously worked at the Young America’s Foundation as their Spokeswoman.  Tell us about YAF and your time there.

Young America’s Foundation is the single most important organization in the Conservative Movement because it’s served for decades as millions of students’ gateway to our ideas. As the spokeswoman, I worked with students to promote their values on high school and college campuses and helped bring their efforts to the attention of the national media.  The YAF staff gets to watch students develop into adults, many of whom go onto lead incredible careers, so it’s a very special place to work.

When I was a student at George Washington University, YAF gave me the confidence to stand up for conservative ideas when it was very difficult, so the opportunity to serve as the national spokeswoman was an incredible honor for me.

I should also emphasize the importance of YAF’s work in preserving the Reagan Ranch and using it as a tool to bring Ronald Reagan’s remarkable life into focus for students. It makes such an impact.

What got you interested in politics, and the work you do?

Like so many people in Washington, I’ve been interested in politics since I was young. Oddly enough what really drove me to pursue that interest, however, was my fascination with comedy.

I was in high school during the 2008 election when the grip of political correctness really seemed to start fastening at an alarming rate. I loved shows like Reno 911 and the Sarah Silverman Program that clearly came from the Left, but totally rejected their own peers’ boundaries. It seemed so revolutionary to fight institutional liberalism. I loved watching Red Eye in the early days – it had a huge influence on me.

The book that’s influenced me more than any other is Charles Murray’s Coming Apart. It’s really the most sophisticated and accurate analysis of the cultural forces that drive so many of the fundamental conflicts in America today. As someone who was born and raised in Wisconsin, it also resonates deeply with my experiences.

Everything Christina Hoff Sommers has ever written has also been enormously influential on my worldview.

The Conservative Movement churns out a high volume of high quality books, so it’s hard to keep up. That’s why I love the Conservative Book Club. Working with students for a couple of years helped me understand that young people are increasingly developing their worldviews by reading social media posts. There are advantages to that, but it means a generation of Americans is trading books for quick hits that lack detail and depth. The Conservative Book Club is working to solve that problem.