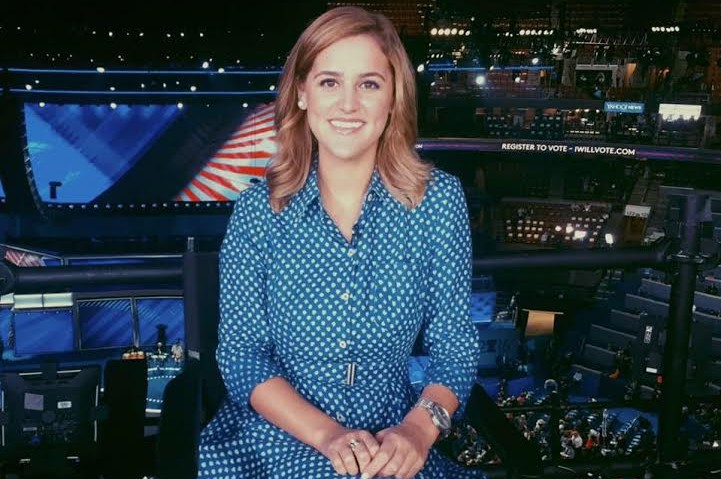 Our featured CBC Member of the Week is Gabriella Morrongiello, who is the new DC Bureau Chief for the New York Post.  Gabriella is certainly a rising star in journalism and answers our interview questions below.

You previously worked at the Washington Examiner as their White House Correspondent. What was that like?

It was very similar to what I do now as DC Bureau Chief for the New York Post. Half my week consists of long days at the White House, where we sit in on background briefings, chase down West Wing staffers and press visitors for details on their interactions with the president. The other half consists of taking whatever information we get and advancing the story by asking additional questions. It’s a fast-paced job that requires a great deal of persistence, but I wouldn’t trade it for the world.

What got you interested in politics and the work you do?

I’ve always been a very curious person. Whenever somebody asks me, “why did you get into journalism?” I bring up the telephone game that most kids play in elementary school. I hated being at the end of the line and relying on my peers to figure out what was whispered to the first person before it made its way to me. I preferred to be the first person “in the know.” By the time I got to college, I realized that being a reporter would give me a front row seat to history and put me in a position where I was sharing what I knew rather than relying on others for information.

The political aspect was based solely on my upbringing. I was raised in the culturally liberal San Francisco Bay Area and always the lone conservative voice in my friend group and classrooms. My parents would pay me and my brother to read Hayek and watch the Republican primary debates with them in ‘08. So politics was always of interest to me and made it easier to decide what “beat” I wanted to cover once I had entered journalism.

What books, authors or conservative-themed books, influenced your political philosophy and outlook on life?

Tell us a little more about yourself.