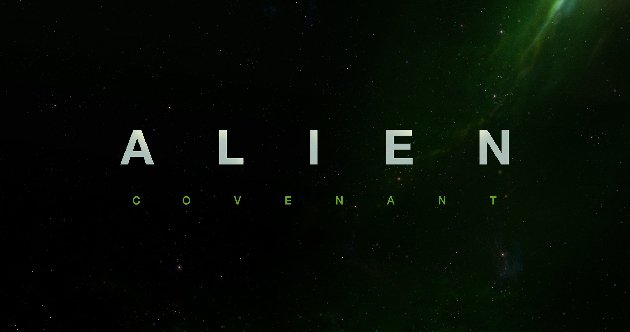 Director Ridley Scott’s latest foray into the universe he made famous roughly 40 years ago is a bit like a Rorschach test. Is it primarily a Prometheus (2012) sequel or an Alien (1979) prequel? Is it a highbrow science-fiction flick about the origins and meaning of life, or is it just another opportunity to show seemingly smart people make stupid decisions that lead to gruesome deaths? Alien: Covenant, like a quickly scurrying “xenomorph,” is hard to nail down.

One of the big challenges with bringing a film like Alien: Covenant to the big screen is making it fresh. Die-hard fans of any beloved franchise (e.g., Star Wars) understand that on some level they’re paying for the same roller coaster ride, but that doesn’t absolve creators from supplying a few new twists and turns. Luckily for Alien fans they have a 79-year-old Scott, whose lifetime of experience brings forth a gorgeous film that demands respect despite its flaws.

Alien: Covenant’s plot revolves around a crew of would-be planetary colonists who are wakened from hypersleep due to an emergency. Their captain dies, and a pensive man of faith named Oram (Billy Crudup) takes his place. Newly widowed Daniels (Katherine Waterston), an android named Walter (David Fassbender), and a small band of explorers decide to investigate a radio signal from a nearby planet instead of reentering hypersleep and risking another calamity. The chaos that follows serves as the bridge between Prometheus and Alien.

As expected, Oram and much of his crew soon find themselves overwhelmed by a hostile planet filled with xenomorph-producing spores that burrow inside ears and noses. The team is saved by David (Fassbender), the older — but more problematically human — model of Walter from Prometheus. He hopes to hitch a ride on their orbiting spaceship once an electrical storm subsides, but for reasons he has no intention of disclosing to his innocent human visitors.

Without spoiling the movie, the key to understanding David’s motivations lie in Alien: Covenant’s prologue, in which he speaks with his inventor.

“If you created me, who created you?” asks David.

His “father” (Guy Pearce) calls it the “question of the ages.”

“Allow me then a moment to consider — you seek your creator; I am looking at mine,” replies David. “I will serve you, yet you are human. You will die, I will not.”

A further window into David’s digital mind comes later in the movie during a conversation with “brother” Walter. He references fallen angel Satan from John Milton’s Paradise Lost: “Better to reign in hell, than serve in heaven.”

Unfortunately, the screenplay by John Logan and Dante Harper never fully commits to questions about faith and God that could have been impressively explored by David and Walter. Just as Oram’s “faith” is generically referenced multiple times but never shown, the two androids are denied the chance to dig further into Milton: “To do aught good never will be our task; but ever to do ill our sole delight: As being the contrary to his high will Whom we resist. If then his providence out of our evil seek to bring forth good, our labor must be to pervert that end.”

In short, Alien: Covenant is a film that can’t quite tell if it wants to break free from the cinematic bonds of its predecessors or pander to a crowd that cheers at predictable gore. It yearns for new frontiers, but usually opts for familiar landscapes. It’s worth seeing, provided the viewer knows that not much has changed in four decades.