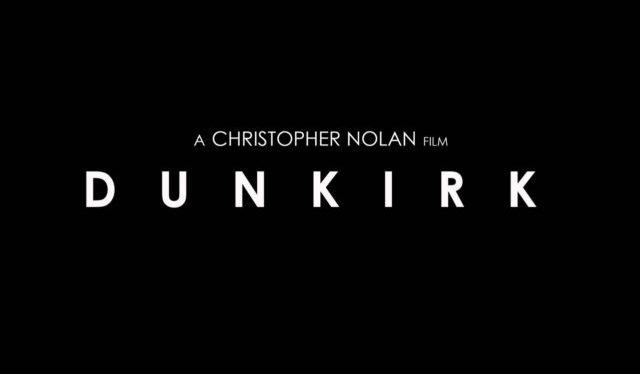 Years from now people looking for a good movie will read a synopsis of Dunkirk that mentions the evacuation of 400,000 Allied soldiers from France during World War II, and some of them will balk. They will say “maybe another time” under the impression that Mr. Nolan crafted just one more in a select group of solid war films, but they will be wrong — Dunkirk is much more than that. It is a wholly unique experience, which delivers a relentless aural and visual assault on viewers from start to finish.

Dunkirk’s plot revolves around three separate groups — fighter pilots, civilian boatsmen, and soldiers — all doing their part to ensure that Allied troops live to fight another day. Their tales, which converge at the film’s climax, take place across the span of time of an hour, a day, and one week respectively. What is interesting, however, is they way actors like Tom Hardy (Farrier), Kenneth Branagh (Commander Bolton), Mark Rylance (Mr. Dawson), or Fionn Whitehead (Tommy) melt into a singular human collective fighting for survival.

The key to understanding Mr. Nolan’s project is to appreciate duty and sacrifice. Due to the command each virtue has over the characters, their need to speak is minimal. The horrific circumstances create an environment where scant dialogue is needed, but silences also come as a result of their culture’s expectation of right thought and right action during times of crisis.

In the hands of a lesser director, Dunkirk likely would have collapsed under the weight of its own ambitions. Mr. Nolan, however, uses stunning visuals, a Hitchcockian mastery of suspense (viewers won’t forget the ticking clock anytime soon), and an intense score by Hans Zimmer to propel the story forward.

A man can be in an expansive ocean while nearly drowning in a spitfire cockpit just a tad larger than his body. The difference between life and death often comes down to inches and seconds, and wars for survival usually hinge on conquering moral battlefields within.

“You haven’t turned around,” a shell-shocked soldier (Cillian Murphy) says at one point to civilian boat captain Mr. Dawson as he plows on towards Dunkirk.

“We have a job to do,” he stoically replies.

“You’re weekend sailors, not the bloody Navy! […] You should be at home!” exclaims the soldier.

“There won’t be a home if we allow a slaughter across the channel,” Mr. Dawson says.

Over and over again characters achieve small moral victories that prove how the whole can be more than the sum of its parts. The split-second decisions by a single man can save the lives of hundreds; the split-second decisions by hundreds of men can save a nation. Mr. Nolan’s film does not fault fallible men for stumbling in times of danger, but he exalts and celebrates those who selflessly shoulder great pains and difficulty in defense of universal ideals.

Those who lived through World War II will not be with us for much longer, but through works like Dunkirk future citizens will better understand the inner fortitude once tapped by brave men to safeguard Western civilization. For that we should be eternally grateful.