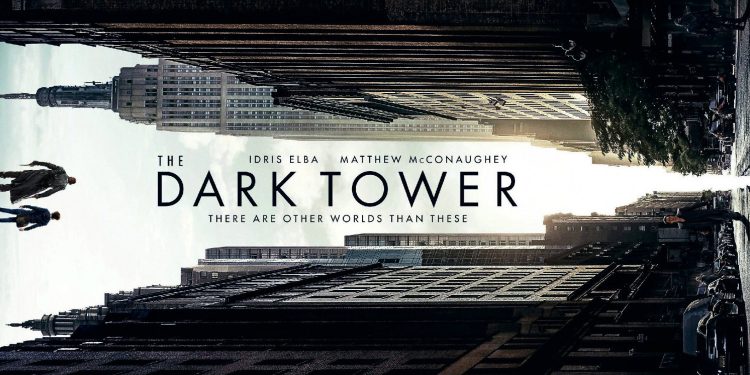 Sony Pictures Entertainment has pulled off one of the most amazing feats of 2017 with The Dark Tower: Studio executives released a film that is likely to disappoint every conceivable population — except Idris Elba fans — who might be interested in seeing Stephen King’s classic series on the big screen.

There is no doubt that writers, producers, and a whole host of creative minds at Sony met years ago and cheered the idea of bringing Mr. King’s “Gunslinger,” Roland Deschain, (Elba) to the moviegoing public. The addition of Matthew McConaughey as “The Man in Black” also must have also felt like an insurance policy for an epic tale of good vs. evil.

Somewhere along the line, however, director Nikolaj Arcel’s project (co-credit on the screenplay) decided to forego “epic” in favor of a 95-minute watered down tale more appropriate for the SyFy channel.

The Dark Tower sounds great on paper. Imagine a young boy named Jake Chambers (Tom Taylor), who realizes that his dreams hold the key to the salvation of mankind. His friends and family all think he’s crazy, but dark forces acting to envelop space and time in chaos know otherwise. They seek to hijack the powers locked within him, but before that happens he meets a “Gunslinger” who will help him keep the apocalypse at bay.

That sounds like the kind of character who could protect an all-important tower from the hordes of evil beings that want to bring it down. Unfortunately, it falls flat because the backstory is never really examined. Moviegoers are given mild allusions to Christian thematics, Dualism, etc., but nothing more.

When Roland makes it clear that he has no idea why defending the tower is imperative — aside from the fact that it’s an age-old tradition — the audience cannot help but agree. Essential details are missing because the level of care the was taken with Peter Jackson’s Lord of the Rings trilogy beginning in 2001, for example, was nowhere to be found on Arcel’s endeavor.

Perhaps what is most frustrating about The Dark Tower is that its potential is palpable. Elba’s gravitas anchors the film; Taylor is likable as Jake Chambers; and McConaughey gets a pass for doing what he could with a weak script.

Casting-wise, the film works, but almost every other aspect felt as though it was the victim of a creative team in disarray. It’s as if plans for companion television series lulled writers into a false sense of security. Future small-screen episodes of The Dark Tower may fill in narrative gaps, but that will do nothing to mitigate bad word-of-mouth for the movie spreading right now.

Do not see The Dark Tower. It is a disappointing mess for Stephen King fans everywhere. Save your money and hope that New Line Cinema and director Andy Muschietti do not make similar mistakes with It, which hits theaters September 8.