Why Liberals Want You To Believe Climate Change is Man-Made 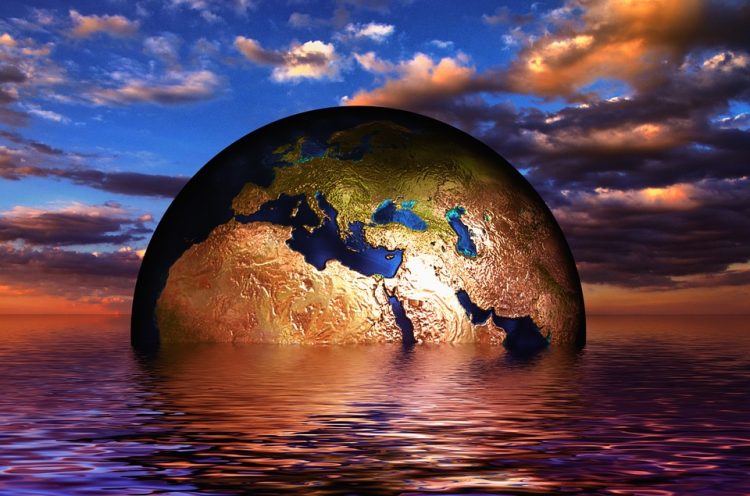 Were Hurricanes Harvey and Irma caused by man-made climate change?  Liberals would have you believe that climate change, formerly known as global warming, is predominantly a man-made phenomenon.  Stated plainly, they believe man has the power to control the weather.

They claim the science is settled and that there is no need for further debate.  But in recent history, there has never been such a contentious and continuous scientific debate, especially when the science has supposedly already been settled.

Their claims are that the planet is heating up due to man-made caused emissions of greenhouse gases, particularly carbon dioxide, which is trapping heat near the surface of the earth.  This heat is warming the oceans around the world and has caused everything from polar icebergs melting, to sea levels rising, harsher natural disasters, mass population displacement, and even wars.

According to former Vice President Al Gore, and An Inconvenient Truth documentarian, climate change is the most serious challenge facing the world today.  Even former President Obama stated it is America’s greatest national security threat.  Not ISIS, not North Korea, not even nuclear proliferation.

Yet according to Gallup, time and time again, most Americans rank climate change near the bottom of their issue priorities.  Most Americans barely winced when President Trump released America from the international Paris Climate Accord, which was hailed as a paragon of international diplomatic consensus on the issue.

This confounds liberals.  They, and our political elite, scratch their heads and wonder why most Americans don’t believe their claims.  It’s decided science, of course; the debate is over.  Hardly. 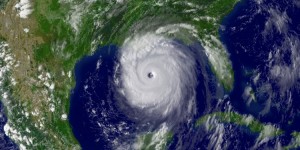 I don’t personally believe man controls the weather or is able to do so, but I’m willing to concede there may be some man-made activity that affects our natural environment.  I’m not a denier, but am rather a skeptic, and believe science is never really settled as new information and scientific discoveries are always being made that can change the so-called “consensus.”  Just ask Ptolomy and Capernicus about that.

Sometimes our “consensus makers” educate themselves out of all common sense.  What makes more sense – that the world goes through warming and cooling periods (remember the Ice Age?), which we have fossilized evidence proving this, or that man can directly effect the weather on earth more so than the forces of nature, the moon, and the sun?  Were there no hurricanes or natural disasters before the Industrial Revolution?  It’s pretty absurd, and even arrogant, when you think about it.

Is it really hard to wonder why most Americans are skeptical about the climate change “consensus”?  At a minimum, is it not prudent to acknowledge the debate is not over, before we decide on serious public policy legislation that could damage or diminish our personal health, economic prosperity, overall well-being, and yes, even our natural environment?

Environmentalism at one point was a proud movement with noble aims.  Republicans in particular have a proud heritage of conservation and protecting the environment.  Republican Teddy Roosevelt was the first president to use federal lands to create national wildlife parks and created the United States Forest Service.  And it was President Nixon who created the Environmental Protection Agency (EPA) and signed the Clean Air Act and the Clean Water Act, now considered landmark environmental legislation.

Yet in the last 40 years or so, the modern environmental movement has become the home of remaining ragtag, leftover socialist assemblages in the world.  After being considered fringe elements during the Cold War, they retreated to a “safe space” issue home that would allow them to profligate their big government agenda under the respectful banner of “environmentalism.”

Their aims are to use the “man-made” argument to dictate and regulate all the things they find abhorrent in our free market and democratic society.  If the government can tell you what to eat, drink, wear, buy, and drive, they can pretty much regulate any aspect of your life.  Don’t believe me?  Read the policy aims of the so-called “reasonable” environmental group Sierra Club and tell me what “gender” has to do with “climate disruption.”  I’m not kidding – read it.

At the end of the day, most Americans want clean air and clean water, are for renewable energy, and believe we should conserve our natural environments as best as we can.  After recognizing the Industrial Revolution’s negative effect on our environment, humans have made great progress on these fronts to the point that we now have some of best air and water quality levels in modern times.

Before we blame humans for what had always been known as “weather” since the beginning of time, perhaps it would be prudent to continue investigating the issue further, and recognize the aims and intentions of those who want to transform our lives and livelihoods to meet their political ends.  As you can see, the debate is not over.

To learn more about global warming and the truth about climate change alarmists’ real agenda, you should definitely read Christopher Horner’s The Politically Incorrect Guide to Global Warming.

Fun Fact: According to the Pew Research Center, 70% of Democrats, and only 15% of Republicans, ascribe to the man-made climate change “consensus.”