Can DNA Convict An Innocent Person? 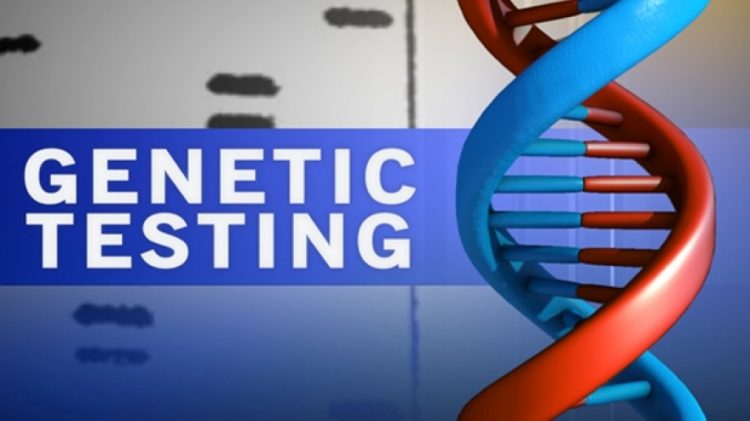 From TV cop dramas to The Maury Show to real-life courtrooms across America, DNA has become the gold standard of evidence. But could the seemingly unimpeachable code of our biology be used to convict an innocent person? Author Tom Grace explores the possibilities in his novel Undeniable — read our interview below for more!

Congratulations Tom Grace on your new book Undeniable: A Nolan Kilkenny Thriller!  Tell us about your new book.

What inspired you to write this book?

I start all my novels with a simple “what if?” question. For Undeniable: What if a DNA test could be used to tell a lie and convict an innocent person?

Since 1987, courts have come to rely on DNA evidence to convict or exonerate defendants or determine paternity. The use of DNA evidence is a staple of crime dramas and there is broad public acceptance of DNA tests as a nearly infallible means of revealing objective truth. In the absence of evidence tampering, we have come to blindly trust the results of DNA tests. Undeniable explores advances in biotechnology that will soon bring that trust into question.

In 1992 I designed the world’s first human applications laboratory for genetic therapy which introduced me to the idea of DNA as data and genes as biologic programming. The A ,C, T and Gs of DNA are analogous to the 1s and 0s of binary computer programming. As we improve our understanding of how DNA works and how to manipulate it, we can alter or hack this biological programming. Complementary advances in cellular biology have resulted in new  methods of conceiving children and promise more in the near future. The editing of single-celled embryos in China and the US prove that a person’s DNA can be rewritten—a situation a DNA test cannot detect.

Advances in biotechnology produce situations unimagined in morality ethics and the law. I drop Nolan Kilkenny headfirst into this gap.

You bring up many controversial bioethical issues in your book, including the reproductive technology and cloning, and manipulation of human genetics.  Is there a moral line humans should not cross when it comes to these types of issues?

I believe that just because we can do a thing means we should do it. Many diseases that afflict people have a genetic cause, so addressing that is acceptable. The slippery slope comes when in differentiating genetic traits from genetic defects. Iceland is actively trying to eliminate Down’s syndrome through prenatal screening and abortion, which smacks of eugenics.

Through the use of stem cells, same-sex couples may one day have biological offspring of both partners. Lesbian couples could, of course, only produce female offspring. While gay couples could have children of either gender, all would effectively have three biological parents (two fathers and a mDNA mother for the donor egg) and potentially fourth woman as the birth mother. The law is ill-equipped to handle these unconventional procreative arrangements.

Biotechnology provides an incredible array of tools, and much good can come from the proper use of these tools. Using guns for self-defense is a good, but using them for murder is evil. Same tool, two very different outcomes.

As a Catholic, my views on reproductive technologies are fairly restrictive. That said, using a technique to cure a known gene defect would be a good, but using the same technique to create a master race or spoof a DNA test would be evil.

What do you think this says about our society in general?

We live in the most technologically advanced age in recorded human history. The moral and ethical lens through which people raised in Western Culture has often lagged behind periods of tremendous technological change. If the citizenry share a common view of morality and ethics, then appropriate boundaries can be defined. If not, the biotech age could be far more dangerous that the nuclear age.

What would you like readers to take away after reading your book?

Undeniable, first and foremost, is a wildly entertaining thriller. With the proliferation of cheap DNA tests and the use of DNA for identification and even computer memory, people need to think of DNA less as the miraculous blueprint of life and more as a source of personal information.