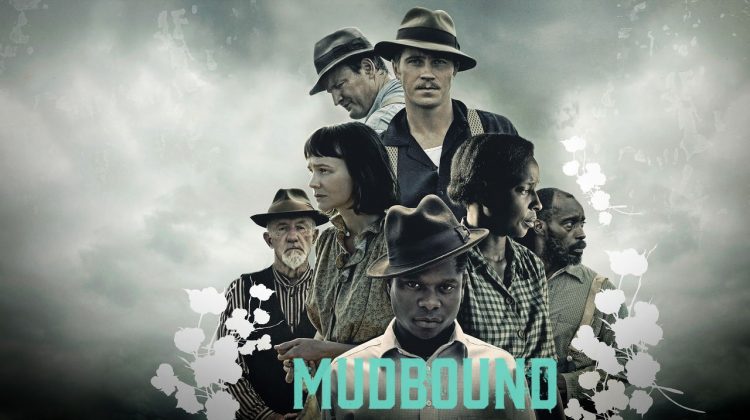 Movies that tackle the issue of race in America have to walk a tightrope between sanctimoniously decrying our country’s past and understating the rotten hand black Americans were dealt. Dee Rees’ Netflix film “Mudbound,” an adaptation of Hillary Jordan’s novel of the same name, walks this course with ease, showing nuance in addressing this sensitive topic and care for the hardships both its black and white protagonists endure.

Set in the Mississippi delta during World War II, the movie centers on a black and a white family, the Jacksons and the McAllans, respectively, whose sons return from the war and struggle with readjusting to civilian life. Ronsel Jackson, played by Jason Mitchell, is saddened to discover that the treatment of his race has not improved since he left to serve his country, especially since the white Europeans he helped liberate treated him so well. Jamie McAllan played by Garret Hedlund discovers a kinship with blacks during the war, having been saved in battle by some Tuskegee Airmen. When Jamie comes home, he abuses alcohol to deal with PTSD and strikes up a friendship with Ronsel despite the indignation of his father Pappy McAllan, a dyed in the wool racist.

Though Ronsel and Jamie’s troubled return home makes up a great deal of the film’s second half, much of the film’s first half depicts their families toiling in the muddy fields of their farms. Through voice-­over narration, Jamie’s sister-­in-­law Laura describes the relentless violence that is “part and parcel of country life,” which Rees captures with a gritty eye. From the images of dead or dying animals, family members becoming ill, and the unforgiving, muddy landscape, the movie’s stark realism puts the audience in a rural south that doesn’t come off as idealized.

This unflinching realism never comes off as cruel however, for both the narrative and its execution are filled with humanity. The Jacksons keep their frustration at the whites who mistreat them among themselves, as there was likely no societal advantage to lashing out against them. The McAllan family conveys different shades of white racism and though the sympathetic members function to keep the movie from demonizing white people, they are too engrossing to come off as a mere attempt at conscience-­clearing.

Rees’ storytelling nicely fleshes out all of the major players with voice-­over narration, lending insight into their’ minds and intimacy to the sprawling narrative. Though the movie feels divided into distinct halves, this intimacy keeps the audience invested with all of the characters and prevents it from feeling broken-­backed. Though Jamie’s takeover of the story’s second half comes as somewhat of a surprise, the viewer can’t help but get over it by the time of its harrowing climax.

Up until then, “Mudbound” moves deliberately but never bores. Rees directs with an unfussy style that captures squalor and pain without dwelling on it, and friendship and tenderness without indulging in sentimentality. Some reviews have referred to it as an “epic,” but “Mudbound” doesn’t have the quite visual sweep to warrant that descriptor. Thus, despite the movie’s limited theatrical release, this movie doesn’t need to be seen in a multiplex. It is the perfect film for the small screen: dramatic, intimate, and slow-­ burning.