How Did Hitler Become So Evil? 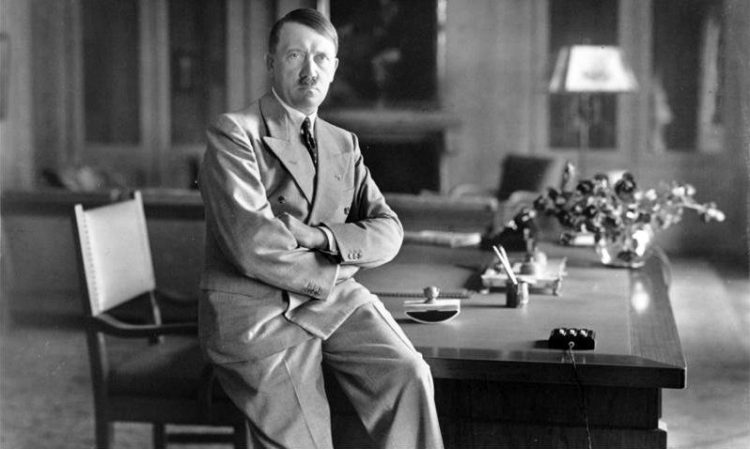 No one, not even Adolf Hitler, is born evil. Adolf Hitler went, in the span of a just few years, from a lonely WWI veteran to the leader of the Nazi Party — and one of the most evil men to ever walk the Earth.

Learn how Hitler went evil in our interview with German historian Thomas Weber, author of the new book Becoming Hitler: The Making of a Nazi. Check it out below!

Congratulations Thomas Weber on your new book Becoming Hitler: The Making of a Nazi!  Tell us about your new book.

What inspired you to write it?  Do you feel this topic of Hitler’s background before 1924 was not adequately researched?

My heart sank when I realized that after publishing my previous book, Hitler’s First War (which had challenged that Hitler had been radicalized and politicized by his experiences in World War I), the new emerging consensus was to see Hitler as a typical and unoriginal product of post-war, post-revolutionary Bavaria. Rather than to take, for example, his ardent anti-globalism seriously, Hitler was often now presented as simply a raging nihilist with no qualities beyond a talent to channel the collective hatreds of the time into rousing speeches. As this does not only get history wrong but also makes us look for new challenges to 21st century democracy at the wrong places, I decided to write Becoming Hitler.

What are two or three things people may have not realized about Hitler’s personal and/or professional background before he became leader of the German Nazi Party?

One was that Hitler’s half-sister ran the Jewish student restaurant at Vienna University at the very moment that her brother started to be pulled towards National Socialism. Another one is that there is a missing year in Hitler’s life. No-one really knows where Hitler was and what he did between 1912 and 1913. People who were close to him in the early 1920s believed that something traumatic must have happened to Hitler around that time. It is also underappreciated how important the United States and Britain were for Hitler’s emerging ideas. Hitler’s primary concern at the moment of his politicization was to figure out how Germany could be put on equal footing with the Anglo-American world. Everything else – his anti-Semitism, racism, and attitudes towards other countries – followed from that.

Hitler was known to be socially awkward, yet had a captivating charisma that inspired millions in his country.  How was this possible?  Did people really read or understand his beliefs or actually read Mein Kampf?

I am not sure if Hitler really was socially awkward. Yes, Hitler was unable to accept other people as his equals and he seems to have lacked any ability for genuine empathy. He could only function in hierarchical relationships, both at the bottom of a hierarchy (as had been the case during World War I) and at its top (as was the case in the Nazi Party). Yet people who had interactions with him, including many who politically disliked him, frequently found him charming. In all this, Hitler was far from being unusual. In fact, the character traits described here are very frequently found in demagogues, whether they be of the Hitler-kind or of a garden variety.

It remains contested as to how widely Mein Kampf was actually read. But the more important question is what people who listened to his speeches or read some of Mein Kampf actually made of what they were consuming. Hitler often remained rather vague in his pronouncements, which allowed some people to take what Hitler said literally, while others believed his statements to be metaphorical. This allowed people to read, or project, into Hitler almost anything they wanted, which explains why people of competing political convictions supported Hitler. The way the leader of the Nazi Party presented himself allowed every German to have their own Hitler.

What is the benefit in understanding the history of a monster like Hitler?  What would you like readers to leave with after reading your book?

I would hope that readers will realize that Hitler was not a monster but a human being. We can only understand the challenges of our own times if we demystify Hitler. We need to understand how a human being with winning sides and supported by people not so very much unlike ourselves could bring death and destruction on an unprecedented scale to the world. If we only look out for the most ugly incarnations of white supremacists, we will not recognize new potential Hitlers. Hitler only managed to find fertile soil on which to grow after people from both sides of the political divide had destroyed bipartisanship and had turned a politics of adversaries into one of enemies.

Tell us a little more about yourself and your professional background!

I am Professor of History and International Affairs at the University of Aberdeen in Scotland. Having grown up in Germany, I have led a transatlantic life for the last twenty-one years. Most of Becoming Hitler was in fact written in the United States, while being on a rather extended three-year sabbatical at Harvard. My current most pressing professional challenge is to raise funds by the end of December to rescue for research and Holocaust education one of the most important private collections pertaining to the Shoah, the Third Reich, and the Second World War, and thus to prevent it from disappearing into dark channels.