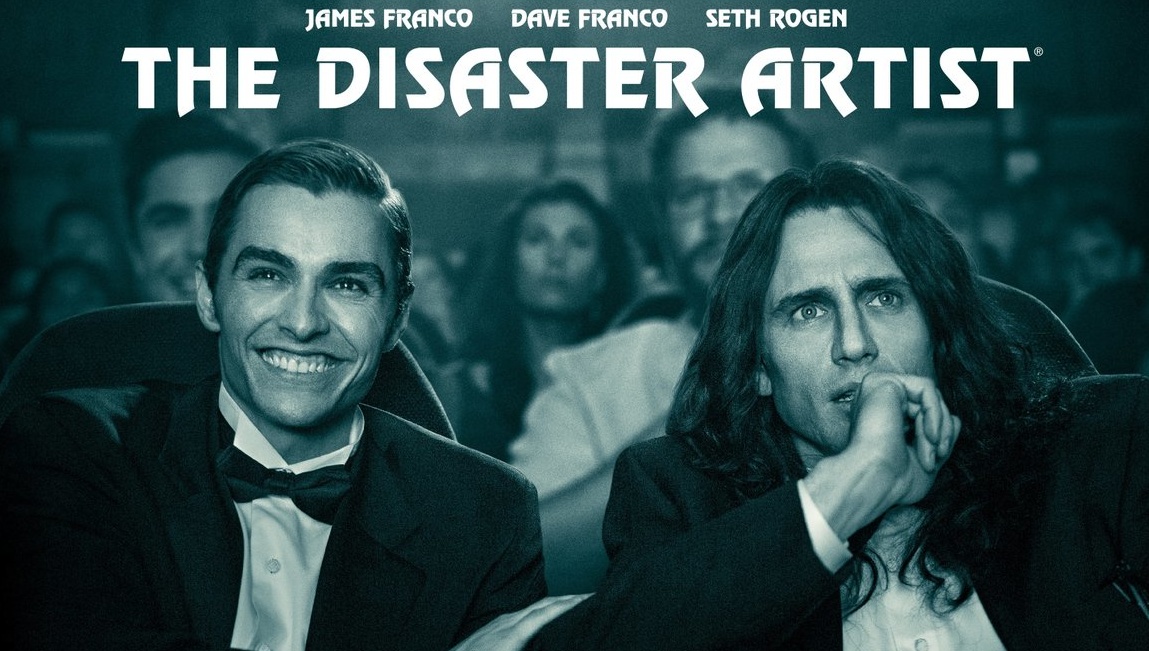 It has gone down in cult cinema history and eclipsed just about every previous candidate for best-worst movie. “The Room” from 2003 embodies the saying, “So bad it’s good,” and its failure/success can only be placed on the shoulders of one person, auteur Tommy Wiseau. What Wiseau produced, wrote, directed and starred in was a risibly inept offering at the altar of Tommy Wiseau that nobody mistook for Tennessee Williams. Well, maybe Wiseau did.

A decade and a half later comes “The Disaster Artist,” the story behind the making of the film. Adapted from a book of the same name by Wiseau’s co-star Greg Sestero, the film stars James and Dave Franco as Wiseau and Sestero, respectively.

I laughed all the way through “The Disaster Artist,” though I’m not sure whether it depended on my familiarity and affinity for “The Room.” On a technical level, director James Franco does a superb job of recreating the movie’s scenes and is thorough in mocking them. Any conversation about “The Room” is bound to ridicule the sub-amateur acting, Wiseau’s decision to shoot on both film and video, its scatterbrained narrative, and awkward sex scenes.

“The Disaster Artist” has a good laugh at all of these things. Overall, it is affectionate in its depiction of Wiseau and usually uses his narcissism to comedic effect.  As much as it winks at the audience, the film comfortably shifts into dramatic gear when it needs to. It doesn’t ignore the fact that Wiseau could behave like a tyrant. Scenes of him mistreating the lead actress on set and forcing Sestero to abandon a valuable acting opportunity show a monstrous side to him, but not enough to lose our empathy.

During the scenes where Wiseau’s delusions of grandeur go off the rails, “The Disaster Artist” ultimately works because it is told from Greg Sestero’s point of view. Dave Franco plays Sestero the way an everyman should be played: Unassumingly without underacting. Viewers can sympathize with him as making “The Room” interferes with other opportunities to further his career, but won’t feel too bad since “The Disaster Artist” acknowledges the fun to be had with bad movies.

The recent sexual assault allegations against James Franco aside, his performance as Tommy Wiseau is the film’s crown jewel. While he does an impression of Tommy Wiseau that doesn’t quite rise to the level of getting lost in the role, what an impression it is. He nails Wiseau’s indefinable accent and brings a charm to the role I’m not sure even the real-life Tommy Wiseau has.

Though it succeeds in showing many sides to Wiseau, “The Disaster Artist” thankfully doesn’t de-mystify him. Since “The Room” emerged in 2003, three mysteries about Wiseau have persisted: Where is he from? How old is he? And how did he get the six million dollars he spent making “The Room?” The movie has fun with these questions and in doing so, plays perhaps a bit much to “The Room” fans. Still, I suspect the uninitiated will be amused by Wiseau, in his vague, pan-European drawl, insisting he’s from New Orleans.

Tags: The Disaster Artist, The Room