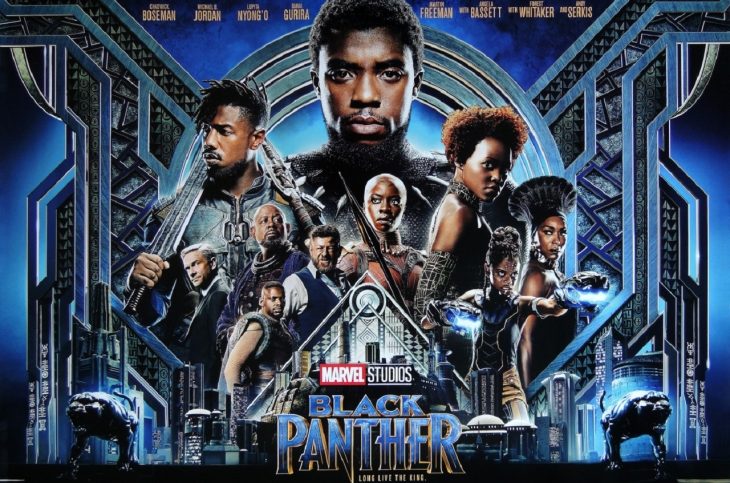 The gratuitous hype surrounding the release “Black Panther” is still high, much of the press elevating it to the greatest boon for black Americans since Martin Luther King. This may justifiably make one’s eyes roll, but the film itself ranks among the best of the Marvel Cinematic Universe and is likely to surprise anybody worried about it being a left-wing hectoring session.

The film tells the story of T’Challa, the newly crowned king of the fictional African country Wakanda. Though to the rest of the world Wakanda looks like an impoverished African nation, its third world appearance is an illusion created by the valuable metal vibranium. Deposited by a meteorite that struck Africa, vibranium has made Wakanda the most advanced civilization in the world, producing the most state-of-the-art weaponry, medicine and technology that shields the nation with an illusion of an impassable forest.

As Wakanda is isolated from the rest of the world, it was never colonized by foreign powers. Though this flags up the questionable idea that the plights of African countries are purely the fault of colonialism, it’s not the heart of the movie.

Instead, “Black Panther” concludes with a good message against isolationism, a conclusion T’Challa reaches as he combats Erik “Killmonger” Stevens, a villain driven by vengeance and black supremacy. Born in Oakland to a Wakandan father, Killmonger believes Wakanda’s technology should be used to help the black diaspora rise against its historical oppressors and in turn oppress them. Also harboring a personal vendetta for something T’Chaka, T’Challa’s father, did to his father, Killmonger sets out to Wakanda to challenge T’Challa for the throne and set his conquest in motion.

Though some publications have overblown “Black Panther” into a revolutionary cultural moment, their claims that it’s the best film in the Marvel Cinematic Universe are debatably true. With a well-structured script containing a satisfying narrative arc, director Ryan Coogler and his co-writer Joe Robert Cole display some of the best character development in the MCU. Killmonger’s is one of the franchise’s strongest villains with motivations that feel both grand and personal. Though driven by hatred, Coogler shows how one of T’Chaka’s failures caused a trauma that instilled hatred in Killmonger. This in turn provides T’Challa with an arc of learning from his father’s mistakes to become the king he was meant to be.

While Chadwick Boseman certainly succeeds in acting regal, tough, and vulnerable as King T’Challa, Coogler regular Michael B. Jordan is more charismatic and conveys as wide a range of emotion playing Killmonger.  When watching, one sometimes wishes he were the lead. Having successfully worked with Coogler twice before on “Fruitvale Station” and “Creed,” Jordan’s command of the screen here suggests that he not only has chemistry with the other actors, but his director as well.

Despite its narrative strengths, “Black Panther” may be relatively light on action for some tastes. The action scenes are merely decent for an MCU entry, but Coogler shows great visual flare in his rendering of Wakanda. Everything from the pan-African costumes to the futuristic cityscapes are captured with affectionate detail and texture, creating a world more memorable than others within the MCU.

The unctuous praise heaped on “Black Panther” before, during, and after its release has put it in danger of already becoming overrated, but that shouldn’t deter one from seeing it. It is one of those movies you’re not allowed to dislike, but it’s not a problem because I imagine most will genuinely like it.