Movie Review: “I Can Only Imagine” 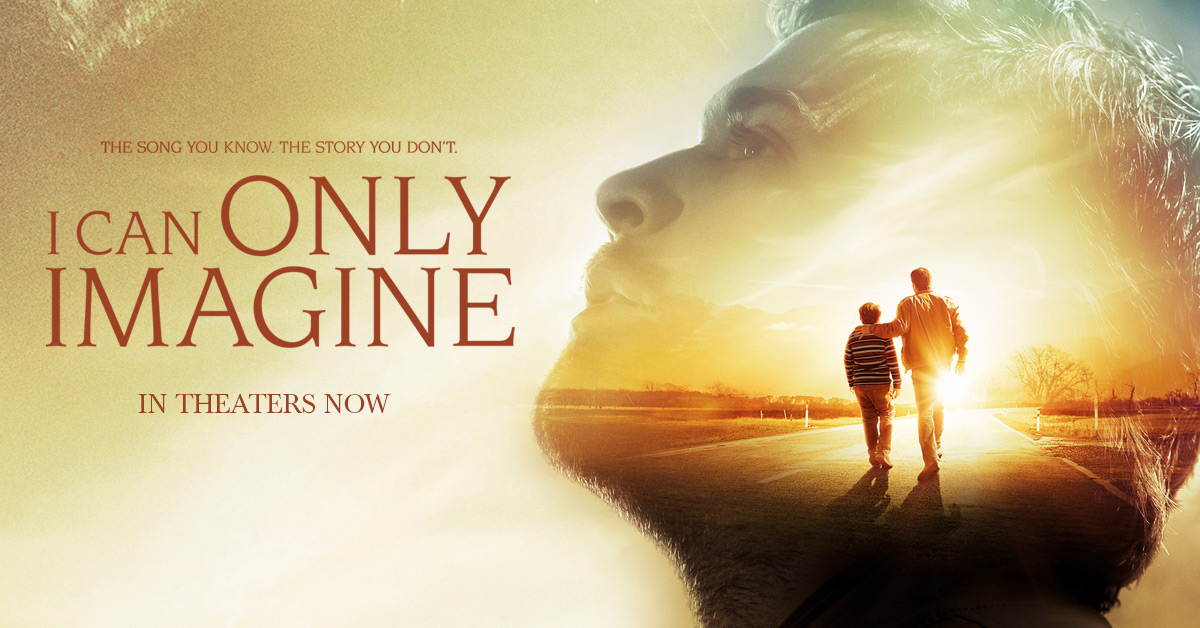 At the time of writing this review, “I Can Only Imagine,” has garnered a 65% critic score on Rotten Tomatoes. Considering that faith-based films usually get shredded by reviewers (oftentimes justifiably), breaking the halfway threshold is no small feat. Though I was aware of the positive notices the film was getting, I still entered the theater expecting to see some version of the sermon I heard last Sunday with entertainment value a distant second if not third.

“I Can Only Imagine” succeeds because it doesn’t mix up these priorities and avoids proselytizing to the choir. In doing so, it has crossover appeal much like the song it takes its title from. Its narrative about Christian rock vocalist Bart Millard and his life leading up to writing the hit “I Can Only Imagine” for his band MercyMe will inherently hold appeal for fans of Christian music. However, the key to any successful music biopic is whether or not it makes the uninitiated care.

The long and short of it: It does. The film begins with Bart as a young boy in Texas, using popular music as an escape from the abuse of his alcoholic, football obsessed father Arthur (Dennis Quaid). While at camp, his childhood crush gives him a tape of Christian singer Amy Grant, sparking a love of Christian music, which he doesn’t pursue until a high school football injury ruins his athletic prospects.

After graduating high school, he forms the band MercyMe and leaves his father behind for life on the road. While slogging away touring and struggling to come up with music that can take his group to the top of Christian music, Bart suspects the inspiration he needs may lie in the unresolved tension with his dad.

This synopsis may not seem like the most original story, but dare I say that “I Can Only Imagine” not only wipes the floor with most other faith-based films, but many secular music biopics as well. Many entries in the genre from “Walk the Line” to Oliver Stone’s “The Doors” show the artist’s stratospheric rise to fame and subsequent tailspin into rock and roll decadence. Some (Walk the Line) do this well, and others (The Doors) become so boring that it comes as a relief when the rock star dies at 27.

“I Can Only Imagine,” on the other hand, only covers the time before MercyMe became a big Christian act. Bart’s appetite for success therefore isn’t whetted for a majority of the film, which means its narrative thrust never drags.

Because MercyMe is a Christian band depicted without a hint of hedonism, the movie instead ties Bart’s dream-chasing to finding peace with his father. The theme of redemption may be an overly common one in Christian movies, but directors Jon and Andrew Erwin execute their moments of reconciliation with a light touch that feels sincere and never overdone. There are some plot moments that border on contrivance, like when Arthur doesn’t tell Bart about a cancer diagnosis, but this decision is still mentally justifiable enough and has a genuinely emotional payoff, so it hardly matters.

What surprised me the most about “I Can Only Imagine” is how tastefully made it is in all departments. The few times I feared the movie would become too portentous with its plot, acting, or sentimental music, it always restrained itself and waited to earn its emotional moments.

The Erwin Brothers direct with a workmanlike style that while clearly not backed by a tentpole budget, looks very pleasing and never cheap. Though the script predictably never has its characters swear, the dialogue sounds naturalistic and all of the actors deliver it comfortably.

Michael Finley is a surprisingly compelling lead as Bart Millard. He’s not handsome by any stretch, but he exudes an everyman charisma and southern charm that make Bart a character the audience can easily get behind.  Dennis Quaid chews scenery as Bart’s father, with bulging eyes and an ever-crooked smile. Still, Quaid holds back just enough to garner empathy and make the viewer hope his character finds Bart’s forgiveness.

Though not a perfect film, “I Can Only Imagine” is a thoughtfully made improvement over the usual faith-based fare and should be the signpost for future Christian films. Considering how often conservatives say they long for movies that reflect their values, it would be foolish not to replicate this movie’s success and attract a greater audience by improving on what this film has done: Putting story craft and moviemaking before message.

Tags: Bart Millard, I Can Only Imagine