Push Back Against Progressive Propaganda With “Draining the Swamp”! 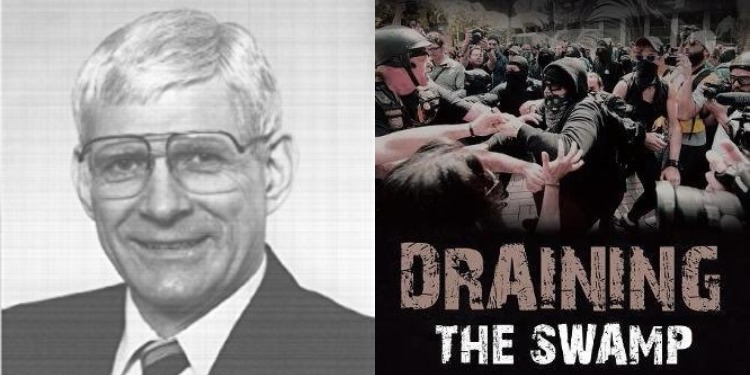 Over the past century, America’s exceptional form of constitutional government has been attacked and undermined at every turn by the progressive movement — even as American soldiers fought and died worldwide to preserve liberty and combating totalitarianism.

David L.R. Stein decided to push back against progressive propaganda with Draining the Swamp: Can the US Survive the Last 100 Years of Sociocommunist Societal Rot? We interviewed Stein about why he wrote his book, his inspirations, his message, and how conservatives can follow through on his ideas and drain the swamp!

What motivated you to write Draining the Swamp?

Draining the Swamp was originally intended only for my own six children, all of whom are college graduates with  advanced degrees. I was appalled by their ignorance of civics, American history, and the critical leadership role the US has played in combating totalitarianism over the last 100 years.

The realization that my own children were largely ignorant of that role compelled me to summarize my own thoughts on the matter in the hope that I might bequeath to them some of what I learned from my own life experience.

How long did it take for you to complete the manuscript?

Although I’ve written a lot of business plans, collateral marketing literature, and technical consultant reports over the years, I never planned to write a book.  However, once I decided to convey to my children some of what I learned from my own life experience, I was so highly motivated I would frequently awake at night to jot down on a writing pad thoughts streaming through my head.

I began the effort shortly after the 2016 presidential election and completed it in less than 60 days – during which time I was bedridden for 10 days with a bad case of shingles.

What personal satisfaction do you get from publishing your book?

Draining the Swamp reveals that the idea that communism and fascism oppose each other is just another Big Lie — designed to prevent the masses from recognizing that fascism is the goal of all totalitarian initiatives from progressivism to postmodernism.

If Draining the Swamp can expose that blatant fraud—which is the cornerstone of the international sociocommunist conspiracy—and help build support for a Convention of the States to amend the US Constitution, I will be enormously gratified.

Tags: David L.R. Stein, Draining the Swamp: Can the US Survive the Last 100 Years of Sociocommunist Societal Rot?