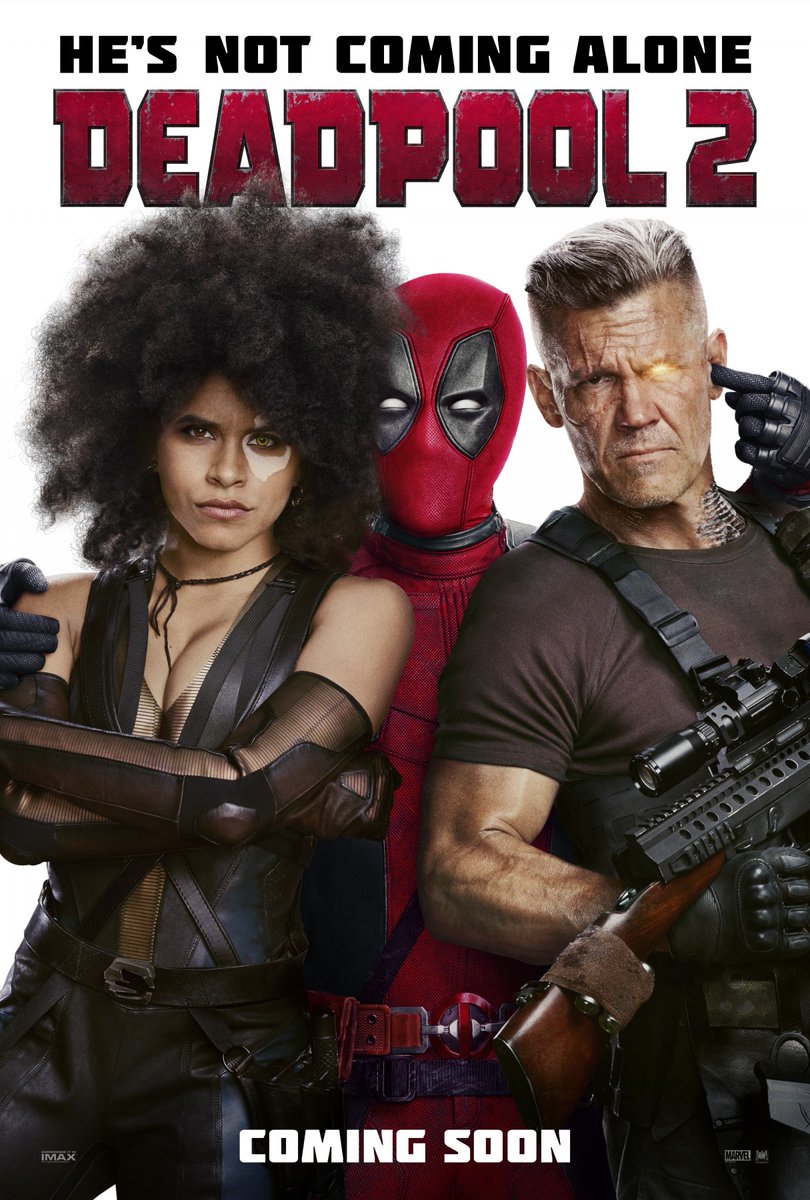 Deadpool came into existence roughly two years ago due to herculean efforts by star Ryan Reynolds, director Tim Miller, and a creative team that wanted nothing more than to see the “Merc with the mouth” subvert the superhero genre. They exceeded all expectations, but the project’s $783 million worldwide gross begged the question: Now what?

Director David Leitch, Reynolds and co-writers Rhett Reese and Paul Wernick decided not to mess with the original formula for Deadpool 2. The team somehow managed to infuse assassin Wade Wilson with more of Reynolds’ humor, and domestic fans rewarded them with a $125 million opening weekend. Only time will tell if Deadpool 3 (announced) will bring moviegoers to their Ryan Reynolds humor-saturation point.

The plot to Deadpool 2 is fairly straightforward. The assassin’s girlfriend is murdered as a result of his “profession,” and during a failed suicide attempt (thwarted by his healing abilities) he learns that he cannot reunite with Vanessa (Morena Baccarin) until his heart is purified. An opportunity presents itself via a young man named Firefist (Julian Dennison), who must be stopped from obtaining his first kill after being abused by anti-mutant religious zealots and pedophiles.

Cable (Josh Brolin) serves as a pseudo-adversary who arrives from the future to kill the boy before he ushers in a dystopian future.

“That piece of s—t, he deserves to die for what he did to you,” Deadpool tells the troubled boy at one point. “He hurt you — badly. It makes you want to hurt others. But if you kill him, he wins. You’ll be everything he says you are but worse. You’re just a kid. You don’t want to hurt anyone. … There are people in this f—king world besides him who will treat you right. It isn’t too late. Don’t do it.”

The message, which is supposed to be taken seriously, requires the audience to laugh as cognitive dissonance sinks in: Deadpool, Domino (Zazie Beetz), Colossus (voiced by Stefan Kapicic), and their self-professed “family” slaughter at will. At various points throughout the film Reynolds even remarks on lazy writing — as if acknowledging plot holes and weak elements of the script should also be laughed off.

“If there is anything you take away today … it’s that we all need to belong to something,” the assassin adds towards the movie’s conclusion. Appeals to virtue a juxtaposed with jokes about sex toys for the villain Juggernaut; moral relativists make appeals to a Judeo-Christian values, and traditional heroes win battles when they decide to “fight dirty.”

The original Deadpool benefited in many ways because its creators struggled to bring it to the big screen. They seemed to toil over the script and made a small budget go a long way. Wade’s struggle with cancer and other burdens were surprisingly poignant at times, and Colossus was written as the R-rated film’s moral compass.

Deadpool 2, however, uses Ryan Reynolds’ humor as either a crutch or a smokescreen depending on the editorial challenges at any given point in the movie.

In short, those who enjoyed the original film will find plenty to laugh at this time around, but there must be a point of diminishing returns when it comes to sarcastic quips and pop culture references. Sweet tea can only absorb so much sugar, and audiences can only absorb so many rapid-fire “f—ks” and fanny pack references before they want something new.

See the film if you’re looking for nearly 2 hours of mindless action and raunchiness featuring a Marvel anti-hero. Stay home if you believe that Ryan Reynolds has essentially played different versions of himself in roles dating back to the 1998 television series Two Guys, a Girl and a Pizza Place.