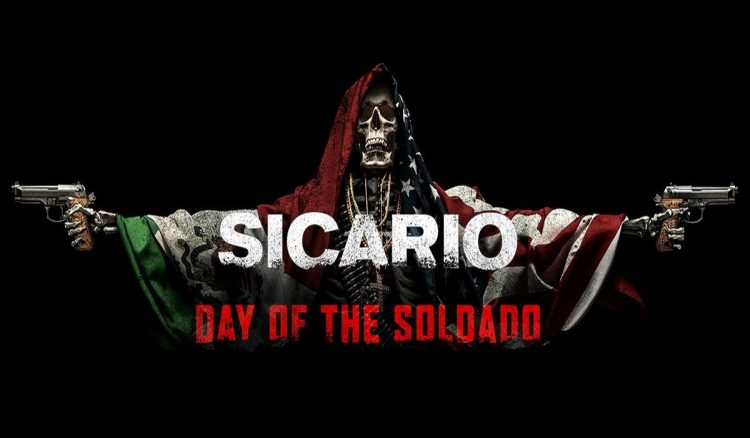 The original “Sicario” may not strike one as the type of movie that warrants a sequel, but Denis Villeneuve’s 2015 south-of-the-border thriller recouped its budget at the box-office both at home and abroad, according to BoxOfficeMojo.com. Considering this and the surrounding political climate involving the issue of America’s southern border, its follow up “Sicario: Day of the Soldado” now seems not only timely, but inevitable.
Though “Sicario” screenwriter Taylor Sheridan returns to pen this second installment, Italian director Stefano Sollima replaces Villenueve at the helm. The result is an admirable thriller that sports a less satisfying story than the original, but depicts the film’s surrounding issue in a bolder manner.

“Day of the Soldado” is one of the most un-PC offerings from Hollywood in recent memory. Despite emerging from a left-wing town the movie is refreshingly even-handed in its politics, enough to invite indignation from liberals at IndieWire and NBC, who have derided the movie for negative portrayals of Mexicans and Muslims.

As the film opens, three Muslim men enter the United States via Mexico and suicide bomb a market in Kansas City. When the American government suspects the terrorists were smuggled over the border by drug cartels, its operatives try to create a war between the major cartels as a way to combat them. To accomplish this, the two major returning characters from “Sicario,” Alejandro Gillick (Benicio Del Toro) and Matt Graver (Josh Brolin), are recruited to stage a kidnapping of a drug lord’s daughter (Isabela Moner) and make it seem like the work of a rival cartel.

In an opinion piece for Indie Wire, Monica Castillo called the film’s opening “blatant fearmongering that defends the U.S government’s actions against migrant families and the recently upheld Muslim ban.” Richard Foreman Jr. of NBC News called the movie’s whole setup a “Trumpian plotline that is as implausible as it is irresponsible.” He later cites the Cato Institute and says that no Muslim terrorists have ever entered the U.S. through Mexico.

Though it may be true that no jihadists have passed through the Mexican-American border and thereafter committed terrorist attacks, Muslims aspiring to terrorism indeed have crossed southern border before. According to a January 2017 report by the Texas Department of Public Safety, at least 13 aspiring foreign terrorist fighters since 2012 have crossed the southern border.

The decision to dramatize the possibilities of this surprised me so much I went slack-jawed during the Kansas City bombing scene, shot with a realistic, detached eye and throbbing with palpable fear. The movie eventually reveals that two of the three bombers are from New Jersey and not foreign nationals smuggled by cartels, which came off like a way to seem ideologically balanced. Again, considering this is a Hollywood movie, one can’t help but be surprised at the gesture.

“Day of the Soldado” also tackles the sad reality of the border crisis putting young kids getting put into harms way. Aside from the kidnapping of the kingpin’s daughter, the movie’s b-story involves a Mexican-American adolescent (Elijah Hernandez) getting involved with the smuggling gangs across the border. It would be irresponsible to show the people smugglers in a positive light and the movie doesn’t flinch in showing their recruiting of young kids and willingness to kill them if they fail to do their dirty work. However, the film does spare the audience from witnessing some of the coyotes’ other terrible crimes, like their contribution to the horrifying rape rates of girls and women crossing the southern border.

“Day of the Soldado” is not just a run of “Violent MAGA Fantasies” like Castillo’s headline suggests. The actions committed by the Americans consistently fall under a grey area. Although the movie establishes a noble reason for combating the cartels, it takes the ‘there are no good guys’ approach as the staged kidnapping goes terribly awry and Josh Brolin’s CIA agent is willing to kill Mexican police (actions he defends by saying they’re with the cartels), and call in air strikes on a prisoner’s family in order to extract information.

The movie boasts strong performances overall. Brolin plays the steely agent willing to get his hands dirty for his country just as well as he did in the last movie and Del Toro brings more warmth to Alejandro than last time around. This is particularly apparent during the scenes where he’s caring for the kingpin’s daughter, turning the first film’s enigmatic anti-hero into this movie’s most sympathetic character.

Though its tense and realistically staged action sequences keep the audience hooked, the movie leaves the audience unsatisfied with an ending that clearly sets up “Sicario” 3 without really bothering to conclude “Day of the Soldado.” Though it remains to be seen how much this sequel will make by the end of its theatrical run, it has already made more than its budget. I don’t imagine the border issue is going to fall by the wayside any time soon, so all the conditions are in place for this to become the “Sicario” trilogy.