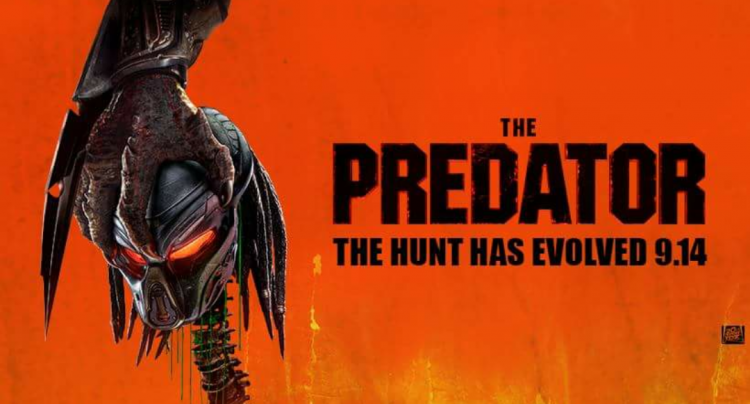 There is an iconic moment in 1987’s Predator when Arnold Schwarzenegger’s “Dutch” screams at the approaching alien: “Come on. Kill me! I’m here! Come on. Do it now! Kill me!” Writer-director Shane Black’s The Predator is likely to elicit memories of that scene during its nearly 2-hour runtime, but for all the wrong reasons — playing “Hawkins” in the original does not excuse his shoddy script.

Part of the problem with breathing life into an intellectual property like Predator is that any new project will always be compared, fairly or not, to the classic.  Does a director try to cast this generation’s Schwarzenegger and Carl Weathers, aka “Dillon”? Does he play the movie for self-aware laughs? Does he try to simply honor 80s action flicks in general (e.g., Sylvester Stallone’s 2010 hit The Expendables)?

Black and co-writer Fred Dekker (Robocop 3) seemingly went with a hodgepodge approach with their script, and the end result is a forgettable mess of missed opportunities.

The Predator revolves around a decorated U.S. Army sniper named Quinn McKenna (Boyd Holbrook), who witnesses the crash landing of a Predator’s ship while on a mission in Mexico. His is own government — hell-bent on secrecy — soon arrests the allegedly damaged asset, although the duplicitous Traeger (Sterling K. Brown) is unaware that some of the alien technology was mailed to a P.O. Box address.

The Predator weaponry soon finds its way into the hands of the sniper’s estranged wife Emily (Yvonne Strahovski) and autistic child Rory (Jacob Tremblay), which begins the film’s creative unraveling.

It turns out that Rory, for no discernible reason aside from a character’s claim that autism may be the next phase of human evolution, is able to grasp the alien’s language and technology. His curiosity activates a homing beacon, and before long a Super Predator is rampaging across the planet in search of the crashed pilot.

Cue the plot twist that will make left-wing environmentalists Al Gore and Leonardo DiCaprio cheer: The crashed Predator, a human-alien hybrid, was essentially trying to warn humanity that it was inviting carnage by not addressing climate change. The “traitor’s” cargo holds a key to thwarting off future attacks.

“That’s why their visits are increasing,” she replies. “They’re trying to snap up all of our best DNA before we’re gone. We’re an endangered species and they know it.”

Munn’s character, who was saved by McKenna shortly before being executed by government agents, allies herself with the soldier. The team kills Super Predator, saves Rory (kidnapped as the alien’s protege), and then join forces with the same government that tried to kill them. The reason for their new bond of trust: a “Predator Killer” suit was left behind by their heroic alien benefactor.

Moviegoers who want to know why Rory’s intelligence was so far beyond the rest of humanity that he could decipher an alien language will leave the theater disappointed — his father literally says he doesn’t get it either.

Moviegoers who want to know why Oliva Munn’s character was chosen out of all the biology researchers in the world to visit a top-secret government compound, or why she was as fearless and nimble as elite special operations forces, will also leave scratching their heads — it’s never explained.

Finally, those who want to know why McKenna’s wife ultimately allowed her son to work for the same government agency that tried to exploit and kill her family will just have to shrug it off.

Do not see this movie in the theaters. Stay home, watch the original Predator with the family, and pray that Hollywood producers do not make another installment for many years to come.

Rating: Zero out of 5 stars.