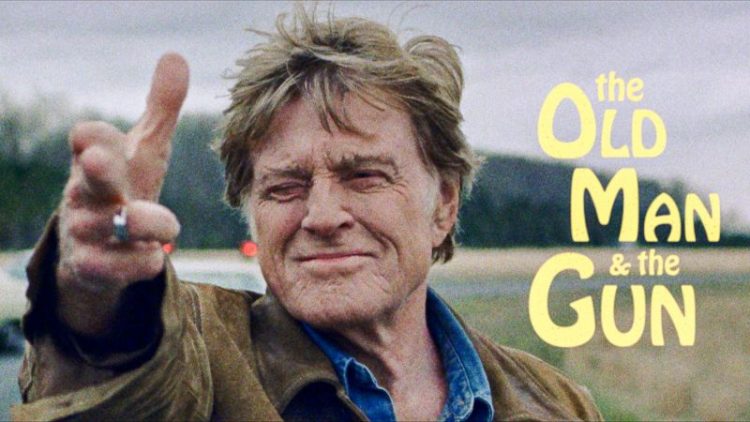 Since Robert Redford has announced his intention to retire from acting this year, he should stick with that decision because his performance in “The Old Man and the Gun” is one hell of a way to call it a career. Putting aside his personal politics, this crime comedy-drama by writer-director David Lowery provides Redford with one of his most memorable roles as Forrest Tucker, an elderly bank robber who’s escaped from prison over a dozen times and always gets right back to what he’s best at doing.

The movie begins with just another successful rip-off for Tucker, after which he by chance meets a woman of similar age named Jewel (Sissy Spacek). The two begin a relationship and see each other whenever Tucker and his partners in crime Teddy Green (Danny Glover) and Waller (Tom Waits) are laying low from traveling across America to rob banks. Meanwhile, world-weary police detective John Hunt (Casey Affleck) rediscovers a purpose in life when he realizes that a series of robberies across the United States were carried out in the same style, and that everyone who was robbed has the same description of the robber, Forrest Tucker.

Much of the humor of “The Old Man and the Gun” is due to the peculiarities of Redford’s protagonist. Unlike most bank robbers, Tucker is a gentleman with a friendly smile, a fact everyone he steals from highlights to the police. There are many amusing scenes built off of this, such as when Tucker steals from a brand-new bank teller. As she’s getting choked up with terror, Tucker kindly reassures her that she’s doing a great job for her first day at work.

Due to the advanced age and friendly demeanor of Redford’s character, “The Old Man and the Gun” offers a refreshingly original and quiet take on movies about bank robbers. Though Tucker commits robbery in the unique fashion of showing his gun to tellers (or maybe not showing it), getting them to fill his satchel with cash, and all without anybody else at the bank noticing, the movie is more focused on Tucker’s character than any of his robberies. For instance, at one point in the movie Tucker, Teddy, and Waller gear up to rip off a large bank in St. Louis, Missouri, but the actual robbery occurs off-screen while only the aftermath is shown.

Instead, much of Lowery’s screenplay focuses on Tucker planning his jobs, finding romance with Jewel, his prolific history of crime getting revealed through detective Hunt’s investigation. Though the movie could be characterized as a character study, it’s as entertaining the best caper films and has the same laid-back feel of its protagonist. Lowery directs the film with a reassured calm and an unfussy, workmanlike aesthetic reminiscent of Clint Eastwood at his best. There are times where he maneuvers the camera away from the actors to survey the settings they’re in, but these moments make sense as they’re akin to the way Tucker observes his surroundings.

This quiet visual style is perfect as it never distracts from the actors and provides comfortable room for them to do their very best. Casey Affleck brings convincing middle-aged cynicism character of detective John Hunt that gets a bit one-note at times, but he does lighten up as he gets closer to figuring out who’s behind the robberies. Sissy Spacek displays excellent chemistry with Robert Redford, but with such a strong performance to play off of, it’s not hard to see why. At 82 years old, Redford is nearly as charismatic as he was as the Sundance Kid five decades ago and is brimming with avuncular charm, wit, and leading man confidence. However, he doesn’t just come across as Robert Redford playing a role. Here he embodies the character of Forrest Tucker, a man set in his ways who robs banks simply because it’s what he loves to do. If 2018 does indeed mark the end of Robert Redford the actor, then he can rest assured that he had one of the year’s best roles in one of the year’s best films.