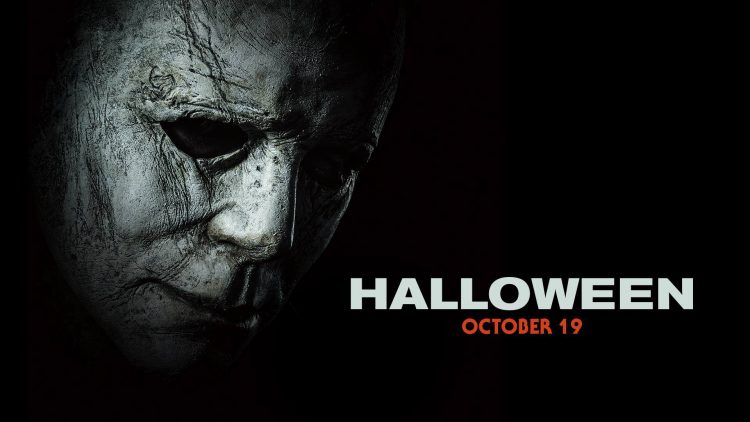 Due to their terrible reputation, I’ve stayed far away from the laundry list of sequels and remakes of John Carpenter’s 1978 slasher classic “Halloween.” This latest sequel from David Gordon Green retcons all previous entries except the original, serving as a direct sequel set four decades later. The film currently has a certified fresh rating on Rotten Tomatoes and many reviews have claimed that it builds on the mythology of the original, but not once was I convinced that this follow-up needed to happen.

Forty years after Michael Meyers escaped from his asylum and slaughtered a group of teenagers in Haddonfield, Illinois on Halloween night, the sole survivor from the 1978 “babysitter murders” Laurie Strode (Jamie Lee Curtis) lives as a survivalist shut-in. Traumatized by that night, she remains estranged from her daughter Karen (Judy Greer) and lives her life waiting for the possible day Michael escapes captivity and provides her the opportunity to kill him. Of course, Michael does escape on the anniversary of his reign of terror, dons his iconic rubber mask, and gets to killing.

“Halloween” may be the best of this franchise’s sequels, but it’s damning with faint praise if that’s so. The film is nicely shot with visual echoes of the original, but lacks the menacing atmosphere of the Carpenter film, which was largely a product of its gritty, low-fi production qualities. Though the 2018 film has more gore, it frequently lacks suspense and never reaches the same level of intensity as 1978 film. Even a technically impressive long take where Michael Meyers goes between two houses on Halloween night and slaughters the women inside seems lacks a visceral punch.

Director David Gordon Green is perhaps best known for comedies like stoner favorite “Pineapple Express,” bringing a sense of humor to “Halloween” that struck me as annoyingly millennial, no matter the age of the person making the joke. One such moment comes when a little kid calls out his babysitter for planning to toke up with her friends at his house. The babysitter refers to weed in code names I haven’t even heard of and yet the kid sees right through her attempt at discretion. A small thing to gripe about, maybe, but I just couldn’t help but get hung up on how a suburban Midwestern kid under 10 would understand stoner lingo. Either the screenwriters have faulty memories of being a normal child of that age, or I do.

Speaking of the script, most of the characters are thinly written except for Laurie Strode. The idea of a horrific experience making a woman hardened and ready to fight isn’t exactly original (it was done far better in Terminator 2), but it does allow Jamie Lee Curtis to show a compelling grit and intensity that drives the movie. “Halloween” does have a positive view of family unity however, and the story of Karen coming to terms with Laurie raising her like a warrior in preparation for Michael Meyers’ return is a simple but perfectly fine through-line.

Unfortunately, this is spoiled by distracting patches in the narrative due to lapses in logic. Though the heroes make stupid mistakes in fighting Michael Meyers like turning on flood lights around their house after he arrives instead of before, the most illogical character of all is Michael Meyers. There’s no consistency to who he will and won’t kill. He refuses to kill an infant and kids on several occasions, but his first on-screen kill shows that children aren’t off limits. An even more glaring moment occurs when he decides to kill his doctor instead of Laurie Strode’s granddaughter, even though she is obviously the easier kill. It can’t be that Michael Meyers is above killing teenage girls, because he isn’t.

“Halloween” is worth seeing for Jamie Lee Curtis’ latest turn as Laurie Strode, but there’s not too much else here to get excited about. According to MovieWeb, Curtis said she’d do another of these if David Gordon Green returns to direct. Green or no Green, I think this is as good as we’re going to get, unless the writers up their game next time around. Spoiler alert: Given the ending of this movie, they’ll have to if they want to make Michael Meyers’ return in “Halloween 2” even borderline believable.