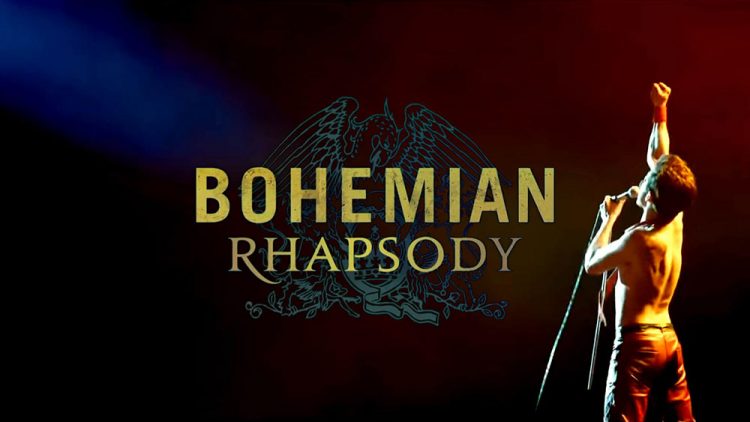 It’s striking how similar the Freddie Mercury biopic “Bohemian Rhapsody” is to the music of Queen. Both are extravagant, adored by fans, and derided by critics. It’s hard to think of another movie in recent memory with such a split between what critics hoped to see versus what audiences wanted, illustrated in the movie’s current Rotten Tomatoes scores of 61 percent critic and 94 percent audience. When “Bohemian Rhapsody” entered development at the start of the decade, Sacha Baron Cohen was attached to play Queen’s legendary front man. While Cohen wanted to focus on Mercury’s personal life, particularly his homosexuality and lifestyle of debauchery, Queen members Brian May and Roger Taylor preferred an approach that would “protect their legacy as band,” as Cohen put it.

What we get with “Bohemian Rhapsody” is certainly a sanitized version of Freddie Mercury’s life, but then again, how many people are dying to see every single one of Mercury’s homosexual encounters in lurid detail? My guess is that if they went with Cohen’s route the film would be floundering at the box-office rather than topping it.

Instead of Borat, Rami Malek stars as Freddie Mercury and embodies the legendary rock star. Getting an actor to sing Mercury’s vocal parts is a tall order to fill, and though Malek doesn’t do all his own singing his physical acting makes you believe he is. From his balletic poses to his strutting around the stage with a broken mic stand, Malek executes all of the singer’s stage moves perfectly during the Queen concert sequences. The film was directed in part by Bryan Singer, though he was fired after allegedly not showing up on set and clashing with Malek. Despite its troubled production, “Bohemian Rhapsody” is handsomely mounted and the concert scenes are exhilarating, none more so than the stunning recreation of Queen’s show-stealing set at Live Aid in 1985.

The movie’s narrative covers about fifteen years, beginning in the early 70s with Mercury, then going by his birth name Farrokh Bulsara, meeting guitarist Brian May (Gwilym Lee) and drummer Roger Taylor (Ben Hardy) of the band Smile on very night their lead singer quits. The three then join together with bass guitarist John Deacon (Joe Mazzello) to complete the lineup of Queen and set out to become the next great band. However, as the band tours Mercury starts to discover homosexual feelings, even though he’s engaged to the love of his life Mary Austin (Lucy Boynton).

The singer’s homosexuality isn’t relegated to the background of the film and the viewer easily understands without outrageous sex scenes that Mercury was very promiscuous. The movie isn’t anti-gay despite what writers like Forbes’ Scott Mendelson and Kevin Fallon of The Daily Beast have suggested due to its portrayal of Mercury’s personal manager and lover Paul Prenter as the film’s villain. To say the other members of Queen didn’t like Prenter is an understatement, and they have not been shy in the past about criticizing him for being a bad influence on Mercury. The film portrays these misgivings, but it holds back on other personal beef like that the band blames Prenter for negatively impacting some of their music.

Detractors like Mendelson and Fallon do have a point when they write that the film has a stance against the abundant promiscuity of the 80s gay scene that Mercury fell into and contracted AIDS from. While both of these critics take issue with such a judgmental stance, I don’t see why it’s a problem. In fact, I find it refreshing that the movie isn’t against Mercury’s sexual orientation but at the same time doesn’t condone his excesses. As Brian May and Roger Taylor are consultants on the film, I can’t imagine they’d want to glorify the lifestyle that ultimately took their singer’s life.

To my eyes, the most glaring errors in “Bohemian Rhapsody” are its moments of historical revisionism. Those with a cursory knowledge of the band probably won’t notice that in the movie Brian May writes “We Will Rock You” in 1980 when he actually wrote it in 1977. The film is eager to include all of the most important moments from Mercury’s life, not least of all him contracting AIDS. While he comes clean to his bandmates about his diagnosis while rehearsing for Live Aid in 1985, Mercury didn’t actually find out he had the disease until 1987. Understandably, with any biopic or historical adaptation the events need to be sequenced in a way that serves the drama. Most moviegoers won’t be aware of these inaccuracies, but they’ll stick out terribly for Queen fans.

“Bohemian Rhapsody” isn’t the great probing study into Freddie Mercury’s homosexuality that reviewers were thirsty for, but it is a loving tribute to a rock and roll icon, one of the most popular bands in history, and their stadium-filling classic tunes. It doesn’t set out to change the world or do anything other than entertain its audience, and that’s perfectly fine. Neither did Freddie Mercury.